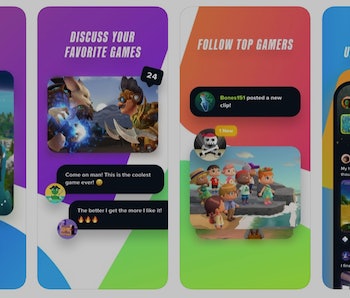 Imgur has just released Melee, a new app focused on gaming media, for iOS devices (an Android version is coming in Q1 2020). Like the Imgur site, is packed with pictures, gifs, and videos.

So it’s Imgur version 1.5? — Not quite. The main difference here is that Melee is only about gaming. The app lets users upload memes, videos, and other highlights from their favorite games. It’s kind of like browsing the gaming tag on the main Imgur site, but with a few extra features. Melee also allows users to follow game developers and specific gamers for gaming updates. The app is split into different sections for each game and type of media.

Nearly half of Imgur’s 300 million users follow game-related tags, said Alan Schaaf, founder of Imgur, in a press release. “We know that Imgurians are passionate about gaming. We believe that Melee will provide an even richer experience for our existing community of gamers.” Apparently, “Imgurian” is the correct way to refer to Imgur users.

The press release went on to say that the idea came from gamers attempting to build their audiences on social media.

Was this really necessary? — Necessary might be a strong word. Don’t get me wrong: Imgur is probably right to capitalize on its gaming user-base, which is enormous. And there’s already a market for gaming meme apps: Twitch has a feature called Clips that is often used by gamers to help their content go viral. But in an industry where the ability to go viral is pivotal to a creator’s success, Melee will attract plenty of users.