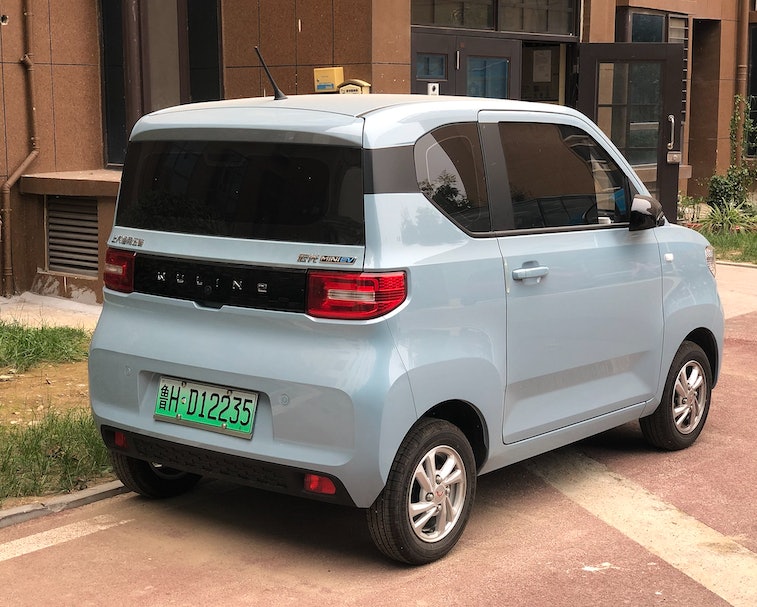 China is considered key to Tesla's growth plans as the country accounts for more electric car sales than any other market, and the Chinese government aggressively pushes green technology. But a new report from the BBC suggests that for Tesla to succeed in China, it might need to create an entirely new vehicle to compete with the compact vehicles popular there.

Though Tesla has done well in China and been able to price its vehicles cheaper than they are in the United States, its most affordable Model 3 is being outsold by a car that costs a fraction of any Tesla: the Hong Guang Mini, a 28,800 yuan ($4,465), four-seater compact that's made in collaboration between the state-owned automaker SAIC Motor and American giant General Motors.

A golf cart with doors — Looking at the car, it's basically a glorified golf cart. But according to data the BBC obtained from the China Passenger Car Association (CPCA), SAIC Motor sold 25,778 Hong Guang Minis in January, while Tesla sold 13,843 Model 3s. That makes the Hong Guang Mini the most popular electric vehicle in China.

Tesla has said it hopes to create a $25,000 electric vehicle within the next three years. But that's still five times the price of the Hong Guang Mini.

Market matching — Of course, at such a low price, the Hong Guang Mini has its faults. Its top speed is just 62mph, and the car only has a range of about 120 miles — unsurprising because batteries are the most expensive component in an electric car. It's also probably not super safe, as small cars have some of the highest fatality rates in crashes. But these types of super affordable electric cars have quickly replaced other small vehicles like electric bikes that were already popular in China. It helps that China conveniently does not regulate electric vehicles with top speeds of up to 62 miles per hour.

Tesla has actually hinted that it might create a compact vehicle. In June of last year, the company called on Chinese designers to submit ideas for a future car suited to the country. In its announcement, it included an example sketch of what appeared to be a compact Tesla. It's long been rumored that Tesla might create a small electric vehicle for the Indian market where small vehicles are similarly commonplace.

All car companies tailor their offers to specific markets. Americans only buy large cars, for instance, so Ford and others have stopped selling sedans and smaller vehicles in the U.S. entirely. It's clear that there's a ton of pent-up demand for electric cars in China, but Tesla might need to tailor its products more, something it hasn't really done yet as it's been focused on first proving itself as an automaker. Plus, every new car it adds to its lineup means more complexity for its production lines. But eventually, if it wants to dominate globally, it's going to have to offer more than just luxury vehicles.