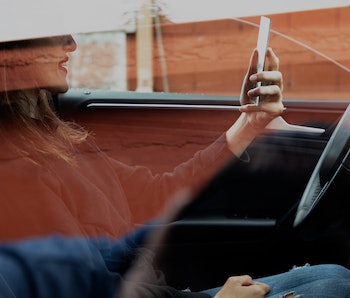 Samsung has begun rolling out support for digital car keys starting in South Korea with the all-electric Genesis GV60. The feature, which works with several recent Samsung smartphones, allows users to lock their car and start it even if they don’t have the physical keys on them.

Supported devices include the Samsung Galaxy S21 Plus and Ultra, Note 20 Ultra, and Galaxy Z Fold 2 and 3. So if you live in South Korea, you have one of those phones, and you bought the new GV60, you’ll be able to take advantage of “passive entry.” That means you can unlock and lock your car without pulling out your phone. So long as it’s nearby, you’ll also be able to start your car.

Security — That’s pretty convenient, and Samsung says it’s secure too. The digital keys are stored in an “embedded Secure Element (eSE),” basically a dedicated chip housed inside the phone that stores information in an encrypted manner. Users can share a car key with someone else running Android 11 that has a supported phone.

Samsung’s digital car keys use ultra-wideband technology, a wireless protocol that transmits high-frequency radio waves. The company says this enables highly accurate spatial awareness so the car and phone can communicate without any delays or other issues.

Paltry support — Obviously, few people are actually going to be able to take advantage of this. But Samsung has partnerships with Audi, BMW, and Ford, so hopefully we’ll see more cars supported soon. Anyone who’s ever had a car key go missing knows that digital keys could be a big lifesaver.

Apple actually added support for digital car keys in iOS 14, but there too just a select few cars actually support it at this point. It’s really going to be more widely supported in newer vehicles that integrate NFC technology.