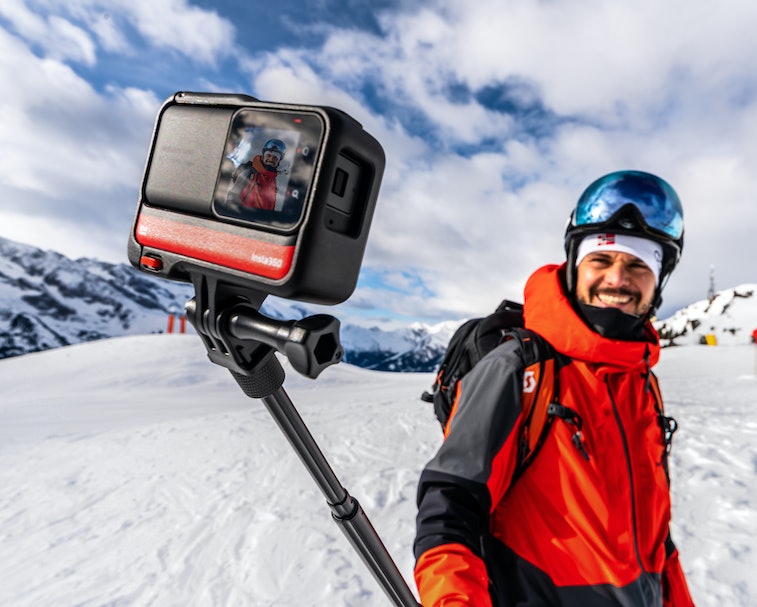 Insta360 has truly embraced customization with its latest action camera. The One RS action camera features a new processor, an impressive new lens, and best of all, backwards compatibility with the previous One R series. On top of that, Insta360 preserved the three-in-one modular design, so you can mix and match lenses from the One R and the newer One RS.

As the brand name suggests, Insta360 is more known for its 360 cams but they’ve held their own with action cameras like its tiny Go 2. The beauty of the One RS’ design is its modular style that lets you swap lenses and go from action camera to 360 cam in a pinch. Insta360 isn’t the only one doing modular action cameras as DJI released their Action 2 a few months ago. What’s giving Insta360 the edge, at least for now, is the backwards compatibility that the DJI Action 2 does not have.

Quadruple the megapixels — Insta360 improved on the design of its first modular action camera by adding a new processor that allows for 50 percent faster Wi-Fi transfers, better in-camera stabilization, and instant zoom and quick menu features.

Compared to the previous One R, the One RS’ new core allows for an additional mic and a wind noise reduction feature. The updated camera also features a 1445mAh battery, which has 21 percent more capacity than its predecessor and allows for more filming time.

The two other lenses, the 360 and the 1-inch wide angle lens, have not changed. Backwards compatibility means you don’t have to buy the new ones if you already have the older model, and like the One R, the One RS is still waterproof up to 16 feet and still has Insta360’s FlowState Stabilization.

Out now — The One RS is already available on Insta360’s website, with the cheapest kit that comes with just the 4K Boost Lens going for $300. The twin edition that includes both the 4K Boost Lens and the 360 Lens starts at $550.

If you already own some of the older modular lenses, you can still pair them with the new One RS core. Alternatively, you can put the new 4K boost lens on the older One R body, as Insta360 said they’ll be updating the firmware to allow for this.