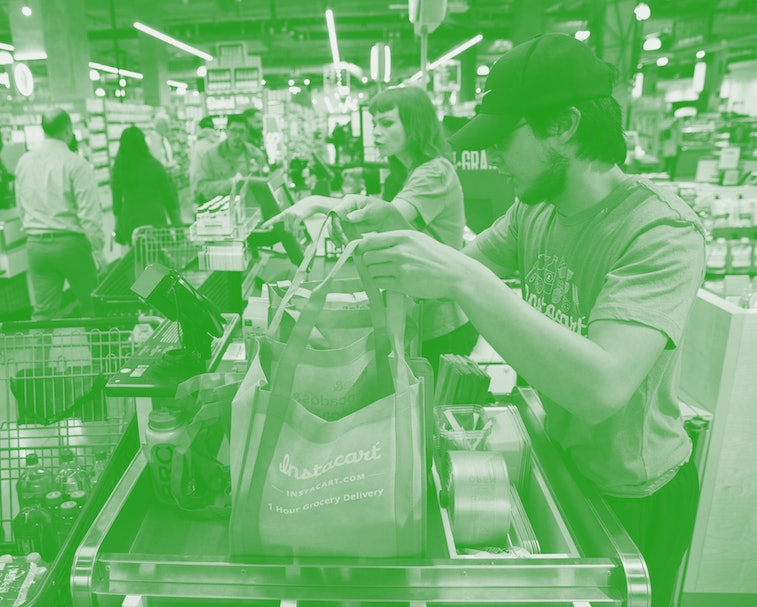 Not too long ago, Instacart's president Nilam Ganenthiran optimistically proclaimed that "2020 is the year of pickup," as Input previously reported. What Ganenthiran did not mention was the mounting and damning criticism around Instacart's treatment of its gig workers.

Soon after the global outbreak of the deadly COVID-19, with people trying to cut down on their trips to grocery stores for the sake of physical distancing, that criticism reached an all-time high. In March, the company proudly stated its intention to hire another 300,000 shoppers over the next three months. Instacart presented this plan as its personal contribution to the American economy, but gig workers already employed by the company complained about being poorly paid and overworked. Now the same workers are planning a nationwide strike on March 30, Motherboard reports.

A walkout on Monday — Instacart gig workers have repeatedly highlighted the company's lack of basic protections for employees on the frontlines of COVID-19. Multiple complaints of a lack of hand sanitizer, no paid leave for people with pre-existing health problems, and no hazard pay, continue to plague the company. If Instacart wants to keep the lights on, these frustrated workers say that it will have to meet their demands for free safety gear, hazard pay of an extra $5 for every order, and an expansion of its paid sick leave policy.

Right now, Instacart offers just two weeks of paid sick leave, with the added caveat that workers taking sick leave need to have tested positive for the coronavirus. This is a particularly vexing requisite given the shortage of testing supplies in the U.S.

Unsung, barely paid heroes — One of the lead organizers for the Monday strike, Vanessa Bain, told Motherboard that the protest is meant to expose the extreme inequity between Instacart's gig workers and its corporate higher-ups. "While Instacart’s corporate employees are working from home, Instacart’s [gig workers] are working on the frontlines in the capacity of first responders," Bain said.

"Instacart’s corporate employees are provided with health insurance, life insurance, and paid time off and [are] also eligible for sick pay and paid family leave. By contrast its [gig workers], who are putting their lives on the line to maintain daily operations are afforded none of these protections," she added.

Public support for the strike — So far, the walkout is being praised by both workers and consumers who rely on Instacart. On Twitter, many users have vowed not to cross the picket line in a show of solidarity.

The walkout on Monday could do significant damage to the heroic and rather self-righteous image Instacart has been attempting to create for itself. Workers might face backlash for their strike. This, though, hasn't discouraged Bain. "Without [us]," she told Motherboard, "Instacart will grind to a halt. We deserve and demand better."