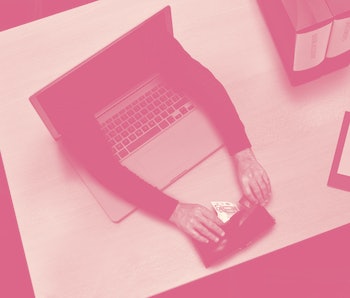 On Monday, Instagram banned @bestmemes from the platform, according to The Daily Dot. Over the weekend, the account posted doctored tweets from the 44th and 45th presidents directing followers to a PayPal scam based on the actual COVID-19 relief payouts. Initially, the posts were just taken down, but Best Memes reposted them, triggering an outright ban. The account had nearly 14 million followers.

What happened? — The account posted tweets from Barack Obama and Donald Trump with the text “due to the CoronaVirus, if your state is currently under lockdown, you are eligible for $1000 via @PayPal by completing the #StayAtHome survey. Stay strong everyone.” The posts also included a PayPal balance screenshot of $1,448.71.

Both posts repeatedly appeared and disappeared over the weekend, garnering thousands of likes before Best Mems was finally banned.

Instagram brings down the hammer — Though usually considered the most wholesome arm of Facebook’s social media empire, Instagram is no stranger to scams and sketchy content, and it's got a huge problem with bots ruining comments on posts. The platform is exercising much stricter controls over posts, especially in relation to coronavirus. It’s also hiding coronavirus AR filters and pushing legitimate information from the WHO.

Outside of the current crisis, Instagram is also looking at meme pages more intently. In a recent Q&A, Instagram’s Adam Mosseri brought up meme pages that privatize their accounts as a form of growth hacking. Though there’s no current plan in place, the platform is expected to crack down on these accounts in the coming months.