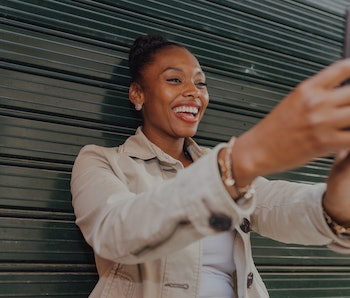 Instagram has confirmed that it’s experimenting with a feature that would allow popular users to publish content to their Stories that’s only available to paying fans. “Exclusive Stories,” as it’s called, was discovered by a developer who reverse-engineered the app to find unreleased features in Instagram’s codebase.

PG-13 OnlyFans — The feature appears to work simply enough. Exclusive Stories are denoted by a purple circle, and tapping on one shows a message indicating that “only members” can see the content. It doesn’t specifically state that Exclusive Stories is a paid offering, but Instagram head Adam Mosseri has said the company wants to provide creators with more ways to make money on the platform. The feature would likely be akin to OnlyFans, though it’s doubtful that Instagram will allow the raunchy fare notorious on that platform.

Exclusive Stories also allows creators to save posts to their Highlights so members can view them any time.

Creator economy — It’s not certain that Instagram will release Exclusive Stories publicly, but the feature could help the company compete in an increasingly crowded market where just about every social media platform is now offering creators the opportunity to make money from their work.

Instagram and its parent company Facebook have been slow to cut creators in on advertising revenue. Adam Mosseri, the head of Instagram, recently said that the company wants to be “the best platform for creators long term,” and that means rolling out tools that can help them make a living. The company is also considering allowing users to sell NFT pictures, or one-of-one pictures.

Other platforms have been developing similar features. Twitter recently began rolling out Super Follow, a product that allows popular users to charge for access to exclusive tweets. That tool is only available to users with at least 10,000 followers and who tweet regularly. Both Twitter and Facebook also offer paid newsletter products.

Instagram can look no further than the now-defunct Vine to see the dangers of not providing creators with monetization tools. That app never gave users much in the way of opportunity to make money, and before it died its biggest creators flocked to YouTube, where they could advertise against their content.

Creator economy — The “creator economy” has always existed online — users have monetized their work through paid sponsorships, or on YouTube there’s long been the ability to take a revenue split on advertisements. But this recent boom in creator tools comes as users have become increasingly unhappy with the idea that major platforms are making all of their money off the work of their users.

Advertising is a difficult way to make money, so direct payments from fans are considered more sustainable and predictable, which is likely why NFTs, or non-fungible tokens, have always risen as a promising (but nascent) way for artists to make money online by selling unique digital creations. The rise of OnlyFans, which now generates billions of dollars annually, proved that people are willing to pay for exclusive content.