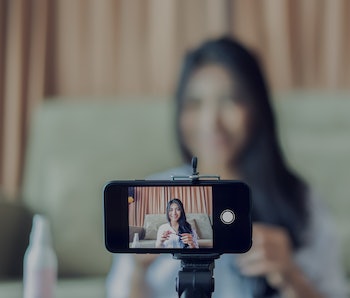 Instagram has once again updated its desktop interface, this time to allow users to watch livestreams via desktop browsers. Instagram has not yet made an official announcement of the feature update, but many users across the web have made note of it.

For a long time now, Instagram has put its efforts into expanding its mobile applications, which is how most users access the network. Now that no one is spending much time on-the-go because of the COVID-19 pandemic, Instagram has begun prioritizing updates to its desktop interface. Last week the company finally rolled out desktop DMs to its full user base.

Going live has become one of the world’s go-to ways to distract itself from the ongoing pandemic. Instagram is capitalizing on that fact, and the network’s desktop application is better for it.

Instagram, if you’re reading this, can we add the ability to upload photos from a desktop browser next?

Still mobile-first — The Instagram experience is still limited on a desktop browser. Users can now access live streams from a desktop computer, but they can’t actually broadcast live from a laptop just yet. The live stream still needs to be started up from a mobile version of the app.

With private messaging now available from the desktop app too, the only major feature left to be ported is actually Instagram’s “main” one: uploading photos. The desktop app still completely lacks the ability to upload photos.

A chance for expansion — Instagram has always stood apart from social networks like Twitter and Facebook by keeping itself planted firmly in mobile app territory. Scrolling through Instagram is very much an experience optimized for mobile; the platform’s ephemeral Stories, for example, fill out a mobile phone screen, while on desktop they’re filled out with black sidebars.

But watching a live stream from Instagram’s desktop interface can sometimes be even better than on mobile. As Engadget notes, the extra screen space allows comments to be set apart from the video stream in a way that’s just not possible on mobile. This is much less distracting and leaves the full video open for viewing.

We could be in the middle of an Instagram renaissance of sorts. The company has obviously realized that a sizable portion of its user base is interested in accessing the network from desktop computers — perhaps Instagram will be able to take that energy and run with it. If we’re really lucky, the company will even finally get around to making an iPad version of the app. But that could be pushing our luck.