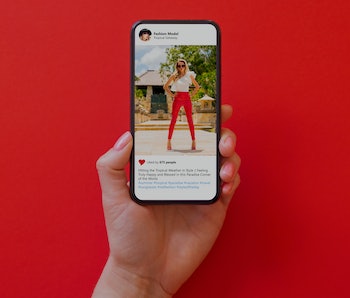 Instagram is experimenting with a “Favorites” feature that would let users select people that they want to see new posts from at the tops of their feeds. This could be useful to ensure that you never miss new posts from family and friends.

Mobile developer Alessandro Paluzzi earlier shared screenshots of the feature, with Instagram’s description saying that “New posts from your favorites will appear higher in feed so you don’t miss out.”

Instagram told Input in a statement that Favorites “is an internal prototype that’s still in development, and not testing externally.” The company often experiments with new features that are spotted by internet sleuths; there’s no guarantee that Favorites will see the light of day.

Algorithmic sorting — The feed on Instagram was historically sorted in reverse-chronological order, with the most recent posts showing up first. But social networks today strive for maximum engagement, so Instagram now displays a feed that’s more algorithmically sorted based on who it thinks you’ll want to see. The feed also injects posts from accounts you don’t follow that it thinks you’ll enjoy based on your activity, so that you can continue scrolling even once you’ve seen everything new from the people you follow.

Favorites could give users back a little bit of control to manage their feeds. Instagram already offers a notifications feature that allows users to receive push alerts when certain accounts make new posts. The “Close Friends” tool lets users share new ephemeral Story posts only to users they’ve chosen, effectively letting them maintain closer engagement with people they care about most. It might make sense for Instagram to merge Favorites and Close Friends in the future.

Chronological feeds — Some people will argue that Favorites is a tacit acknowledgment that people want a traditional style feed again and that Instagram is just solving a problem it created. But it seems unlikely we’ll go back to the days of simple feeds. For one, a straight chronological feed doesn’t address the problem of following too many people and missing those you care about most. If you follow a lot of people, a solution like Twitter’s lists is a nice solution here. From a business perspective, the algorithm is important for keeping your attention — especially when TikTok has grown wildly on the back of its freakishly smart algorithm that knows how to keep people hooked. The algorithm is supposed to make sure you always have something fresh to look at so you don’t go elsewhere.