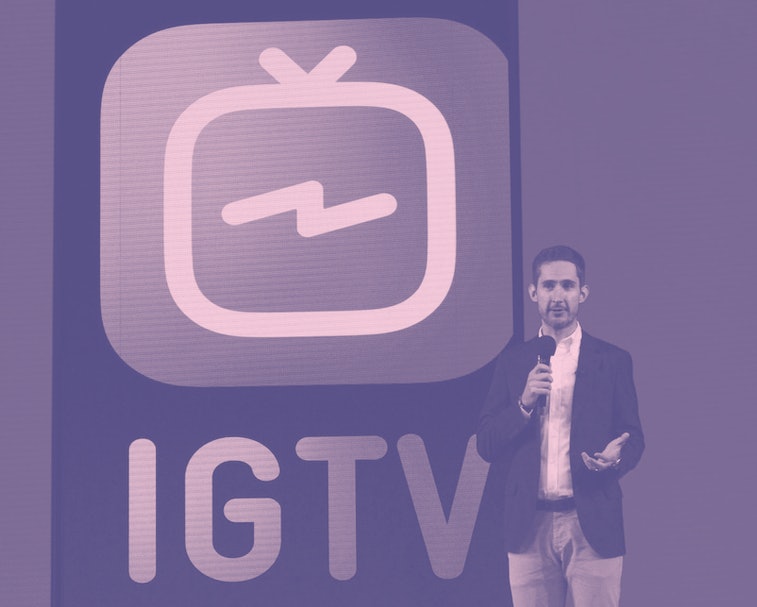 A year and a half after launch, and with a lackluster response from consumers so far, Instagram’s IGTV is testing inserting ads into content on the vertical-video platform and sharing the revenue with its creators. The move could incentivize video makers to take the platform seriously and could swell IGTV’s dismal user numbers. The news was first uncovered by super-sleuth Jane Manchun Wong, who shared an image of the monetization options on Twitter. Facebook PR later confirmed IGTV ads for creators in a statement.

Trying to turn IGTV’s fortunes around — The move comes despite Instagram recently removing the dedicated IGTV button from the homepage of its primary app. Though IGTV has struggled to gain traction, Instagram itself continues to do swimmingly, generating $20 billion in revenue last year. That’s more than Google’s YouTube, and as TechCrunch notes in its story on the discovery, Instagram doesn’t have to share its haul with creators like YouTube does. If IGTV can get YouTubers to take it seriously, or at least format their YouTube content for it, Instagram could become even more lucrative.

New tools to help filter content — This week Instagram also added a new tool to make it easier for users to figure out which accounts they engage with the most and to unfollow others. That sort of filtering is important in an attention economy that’s offering up newcomers all the time. Vertical-first (but horizontal-friendly) short-form TV service Quibi is launching in a couple of months and spending Netflix-levels of cash on content that could eat IGTV’s lunch for, well, breakfast.

Instagram is grappling with its own problems, including accusations its “likes” mechanism is deleterious to mental health, criticism over its juvenile policy to human nipples, and competition from rivals like Snapchat, TikTok, and the recently launched Vine 2.0 service, Byte, which has already promised to pay creators handsomely.

Will this mean the IGTV button gets resurrected? We’ll be on the lookout.

Update: This story has been updated to reflect that Jane Manchun Wong is the source of the original news.