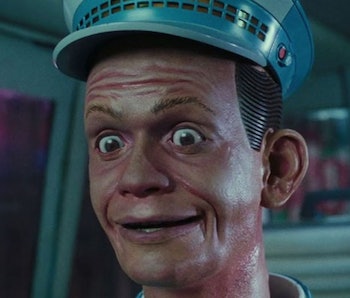 Intel has acquired Israel-based Moovit, a mobility-as-a-service (MaaS) solutions company, for $900 million, the company announced Monday. The deal will bring Intel further into the world of autonomous vehicles and mobile solutions, a sector it’s already shown devoted interest in through past acquisitions. Intel says the addition of Moovit to its arsenal will bring the company closer to its goals of becoming a “complete mobility provider.” That dream includes robotaxi services, which Intel forecasts to be a $160 billion industry in the next ten years.

Moovit’s largest project to date is an urban traffic app that allows users to plan routes using crowdsourced information, kind of like Google Maps but with information about a variety of bike- and ride-sharing companies, too. Intel says the app is used by 800 million customers across 102 countries. Taken as a per-user cost, that makes its $900 million investment to bring Johnny Cab from Total Recall to life sound a little less mad.

Building on Mobileye — If you think this investment is a big bet, remember that Intel’s already spent way more on its automotive sector. Just over three years ago, Intel bought out Mobileye, an Israel-based driverless car company, for a whopping $15.3 billion.

Intel’s acquisition of Moovit builds directly upon that automotive foundation it bought into in 2017. The company hopes the combined power of Mobileye and Moovit together will help position it to capitalize on the next stages of urban mobility.

Are we really that close to robotaxis? — Intel seems to think so. In announcing its acquisition of Mobileye in 2017, Intel predicted the autonomous taxi market will hit $70 billion by 2030. Now it’s upped that estimate to $160 billion.

Thus far, the race toward autonomous vehicle supremacy has been more of a crawl than anything else. Uber, one of the biggest players in the ride-sharing game, only recently began testing its self-driving cars again after a fatal pedestrian accident in 2018. Meanwhile, Google-owned Waymo and electric car giant Tesla, two of the other major self-driving carmakers, still require a human in the drivers' seat.

At this point, Intel has one of the largest stakes when it comes to the self-driving car industry — more so now than ever, given that Intel is increasing its research squad while much tech development has been slowed down due to the spread of COVID-19. Moovit, Mobileye, and Intel are dreaming of a future where self-driving vehicles make mobility easier. No word yet on exactly when that dream will become a reality, though. Though hopefully by the time it comes to fruition we'll actually be able to go places again.