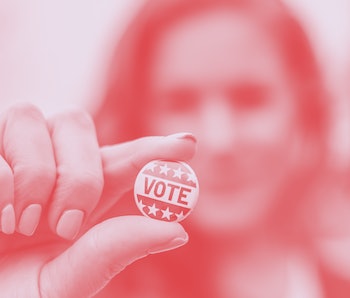 In a surprise to nobody, the mobile app that Iowa caucus chairs use to submit vote tallies is acting wonky, according to Bloomberg. Some precincts will have to call in the first votes in the 2020 Democratic race instead of submitting them electronically.

Nothing to worry about, apparently? — According to the report, some precinct chairs across the state are having trouble downloading and signing into the app. There’s still a secure hotline that they can use to send in their results. The Iowa Democratic Party (IDP) has said there’s no reason to be concerned about the accuracy of submitted votes.

“The IDP is working with any precinct chairs who want to use the optional tabulation application to make sure they are comfortable with it,” Mandy McClure, the party spokeswoman, said in a statement to Bloomberg. “We’ve always been aware that many precinct chairs prefer to call in results via a secure hotline, and have systems in place so they can do so.”

Needless to say, real people on Twitter were taking the news in stride.

This doesn’t help e-voting proponents — The technical issues might lead to a delay of reporting results, and it’s also just not going to inspire confidence in electronic voting. Seattle recently became the first region in the U.S. where voters can cast a ballot using a smartphone — but it only covers a small board of supervisors election that less than 1 percent of the population has turned out for in the past.

Even still the move faced pushback from security experts who say elections are too important to take any chances by using software that is never 100 percent safe from vulnerabilities. Especially under today’s climate of election interference concerns, nobody has the appetite to risk it on a big election. Analog machines disconnected from the internet are still the safest bet.