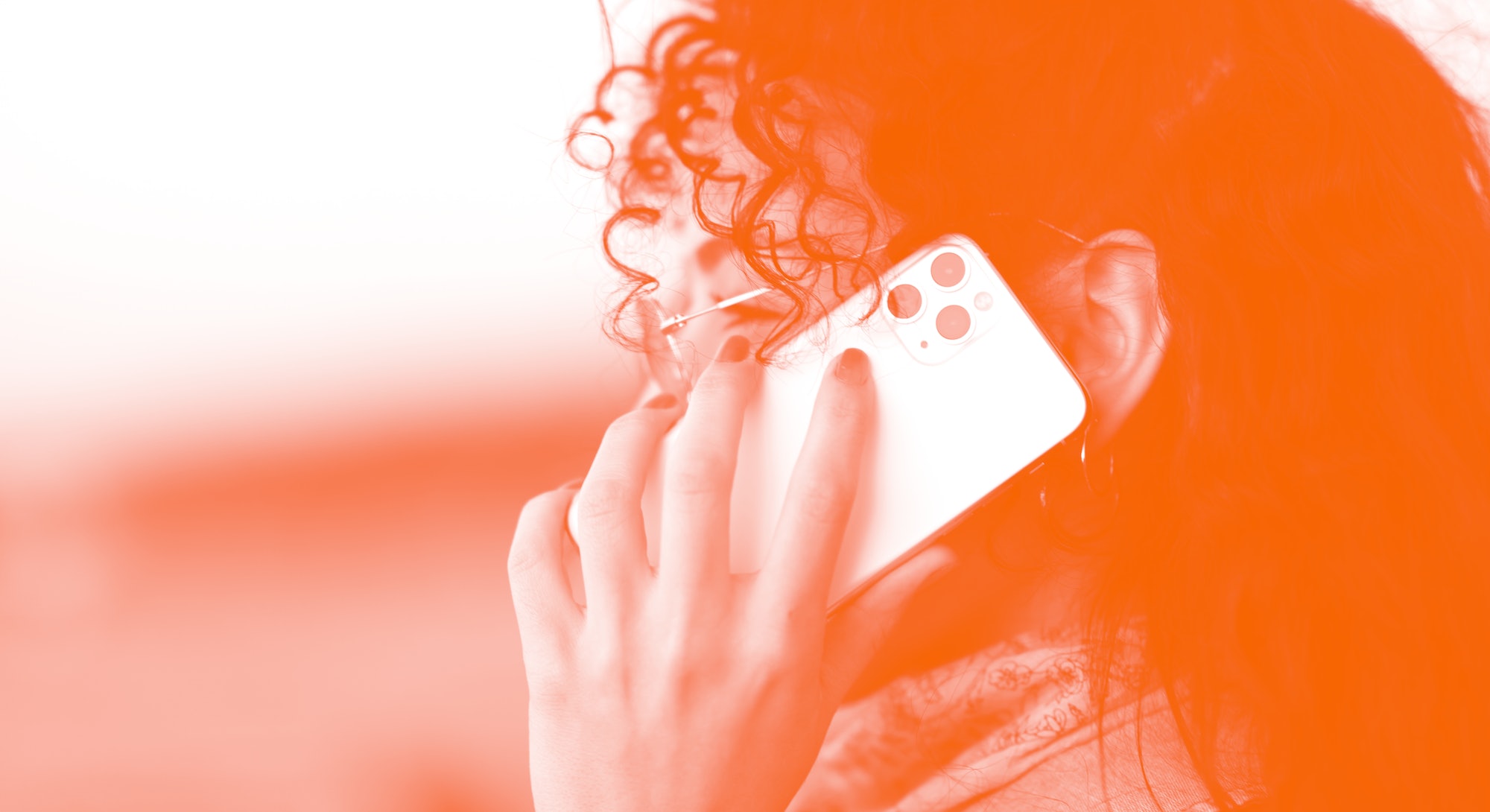 In about eight and a half months, like clockwork, Apple will probably invite media to the Steve Jobs Theater at Apple Park to announce new iPhones. Whether you like it or not, the new "Pro" iPhones will likely get larger.

This year's iPhones are expected to be the most significant since the iPhone X launched in 2017. After three years of derivative iPhones, Apple is rumored to revamp the new "iPhone 12" lineup. The well-sourced analyst Ming-Chi Kuo predicts several major updates: a boxier iPhone 4-inspired design for all new models and, perhaps, most controversial: a smaller "iPhone 12" with smaller display than the current iPhone 11 and larger "iPhone 12 Pro" and iPhone 12 Pro Max" with bigger screens than the existing iPhone 11 Pro and 11 Pro Max.

If these rumors turn out true, this is both good news and bad news. I'm totally down for a smaller iPhone again — I love tiny and powerful gadgets and I would be elated with an iPhone that I can comfortably use with one hand and that fits easily in my pocket — but the prospect of new "Pro" iPhones growing larger is already upsetting me.

Why is Apple making iPhones larger again? Blame it on 5G.

The "iPhone 12" family according to rumors

Let's back up just a second so you have the full picture (from what we know so far). Here's what the most reliable rumors for the new "iPhone 12":

As you can see, the iPhone 11 aka The People's iPhone, which is also the most affordable device in the iPhone 11 family, is expected to shrink down its display by 1.4 inches. Meanwhile, both the iPhone 11 Pro and 11 Pro Max are expected to get larger screens that measure 0.3 inches and 0.2 inches respectively.

From a technical and business standpoint, Apple screwed up when it added the iPhone XR to the lineup. Logically, it makes sense for a smaller phone with a smaller display to cost less than a bigger phone with larger screen. It's simple economics and it's easy for consumers to understand.

But the 6.1-inch iPhone XR (and then the iPhone 11) made things super confusing. Putting aside that it uses an LCD panel with a lower resolution, the iPhone XR and 11 have larger displays than the more expensive 5.8-inch iPhone XS and 11 Pro.

There are two reasons the iPhone 11 is selling so well: its 6.1-inch screen size is the perfect middle ground between the 5.8-inch iPhone 11 Pro and 6.5-inch 11 Pro Max and it's $300 less than the 11 Pro. (Most people would probably prefer to use the money saved for AirPods.)

The new rumored iPhone 12 lineup would correct any confusion for shoppers and abides by the common sense that "smaller costs less and bigger costs more."

At a glance, shoppers would immediately understand the relationship of all three new iPhone 12s. The cheapest has the smallest screen, fewer cameras, and costs the least. The two "Pro" iPhone 12 have larger screens, more cameras, and prices that increase based on display size.

Business-wise, Apple retail staff would have less explaining to do for customers. Again, it's self-explanatory that smaller costs less and bigger costs more.

5G is the real reason iPhones are getting bigger

It was inevitable for iPhones to grow larger again. While Apple has been miniaturizing (Apple's custom chips keep getting smaller and more powerful) and removing components (RIP headphone jack), these optimizations have also been offset by the addition of other parts.

Any space saved from shrinking parts is basically negated because Apple wanted to add things like larger batteries, myriad sensors that make up the TrueDepth camera system inside of the notch, and an ultrawide camera.

For the iPhone 12, Apple may add a Time of Flight (ToF) sensor to improve augmented reality (many Android phones like the Galaxy Note 10+ already have this depth sensor) and maybe it'll get optical image stabilization for the ultra-wide camera, but 5G is the main reason why Apple has to make the iPhone larger.

To consumers, 5G is just faster 4G LTE. But the work to get 5G to work in a phone is more complicated than it looks. Different carriers are lighting up their 5G networks at different paces, they're using different 5G spectrum technologies (i.e. millimeter wave aka mmWave, low-band 600/800/900MHz, and mid-band 2.5G/3.5/4.2GHz), and the available 5G modems that go inside of smartphones are still a grab bag of options from multiple modem providers).

In order to add a 5G modem into an iPhone, there needs to be space. There are physical limitations to the current 5.8-inch and 6.5-inch iPhone 11 Pro that make it impossible for Apple to retain the same dimensions. Because 5G modems are still so new, they're larger (to support multiple spectrum) and more power-hungry; this is no different than the first smartphones with 4G LTE (the HTC Thunderbolt on Verizon was a fatty).

“If they are trying to increase battery capacity while keeping phones very thin, the best way to do that is by making the phones taller and wider.”

As a result of the power draw of the 5G modem, Apple is going to need to put a larger battery to counteract it. An iPhone 12 Pro and 12 Pro Max with battery that's less than the iPhone 11 Pro's impressive battery life would incite outrage among Apple fans and give Android fans fodder for trolling.

"Apple will use the Qualcomm Snapdragon X55 5G modem; everyone is using the X55," says Sascha Segan, lead mobile analyst at PCMag who's been covering 5G closely on a technical level for years. "There won't be a newer modem available in volume before September, and the X55 has all the capabilities anyone needs right now (2G to 5G.) If they are trying to increase battery capacity while keeping phones very thin, the best way to do that is by making the phones taller and wider."

Power consumption, of course, is a big concern. "We haven't seen what millimeter-wave 5G power usage is like on an X55 based phone yet. There aren't any X55 mmWave devices in the market. The first ones will be the Samsung Galaxy S20 phones, so watch that space."

The 5.4-inch iPhone 12 is not expected to support 5G, only 4G LTE. That's not surprising. A smaller volume is good for manufacturing costs — cheaper to produce and higher profit margins — but not for squeezing in more advanced technologies.

Take your pick of any 5G Android phone and one thing is glaringly clear: they're all really big phones that are thicker than their 4G LTE variants because of the modem and the larger batteries to compensate. For now, it's not possible to make a 5G phone without going bigger. The iPhone 12 Pro won't be the exception.

Planning for the future

Cramming in a larger battery to offset 5G's power consumption makes sense, but don't expect Apple to ever acknowledge 5G as the reason why it had to make "iPhone 12 Pros" larger. Apple will likely spin it as "people want larger screens for more immersive experiences like AR."

"A larger size means more room [for 5G parts and a larger battery], but it's also more screen from an experience perspective for streaming, gaming, and AR, as I would assume the Pro will have better cameras as it usually does," says Carolina Milanesi, a tech industry analyst at Creative Strategies. "The industry has been talking about AR as one of the use cases for 5G. And given Cook’s love for AR it might be a way to market the 5G capability."

Bigger phones also give Apple a long runway for the iPhone 13 and 14 and beyond. As Apple miniaturizes its custom A-series silicon, the TrueDepth camera system, or removes the Lightning port, larger devices will allow Apple to add newer technologies.

5G's to blame for larger iPhones — it sucks and I don't want a larger iPhone Pro — but Apple's best and most powerful have always been bigger. The iPad Pro, 16-inch MacBook Pro, and even AirPods Pro are all larger than their more affordable, smaller, and less powerful siblings. Now it's the iPhone's turn.