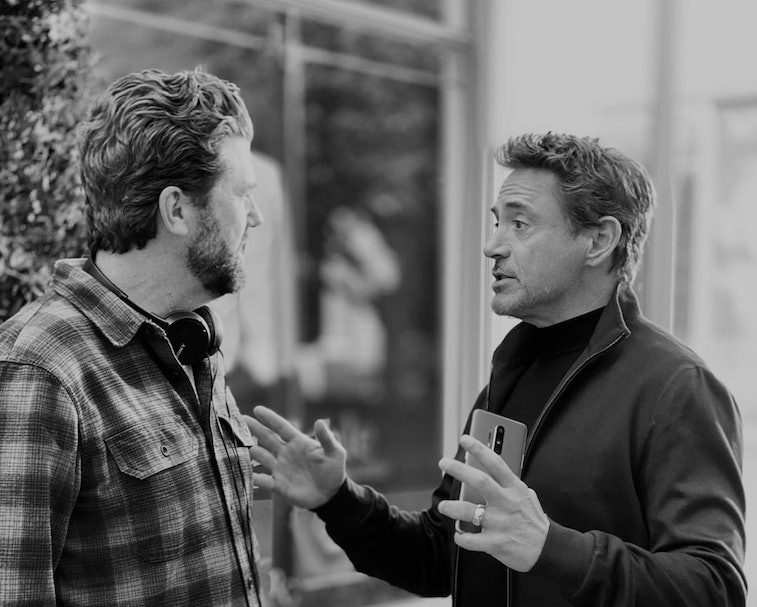 In a since-deleted post on Instagram, Iron Man himself — otherwise known as Robert Downey Jr. — is seen holding a OnePlus phone that doesn't look like anything we've seen from the phone maker before. Instead the device seems to line up with rumored designs for the OnePlus 8.

It's hard to tell exactly what we're looking at in the grainy close-up below, but it appears that the phone has a quad-camera setup, with a new fourth camera set to the left of the three camera array seen on the OnePlus 7T Pro. The LED flash has also been moved to the left of the array whereas on the 7T Pro it was directly below it.

Looking at this leaked case for the OnePlus 8 on Slashleaks, you'll see the phone seen in Robert Downey Jr.'s hand has the same design.

And I oop — Downey Jr. has appeared in a slew of OnePlus commercials, and the photo was posted to Instagram by director Sam Jones. Taking all this together it seems like the picture was shot on set and Jones only later realized his gaffe of leaking an unannounced phone. Further, the phone must be real because why else would Jones have pulled the picture down? OnePlus probably got on his ass fast.

Either way, we're expecting OnePlus to unveil the OnePlus 8 in a month from now, so we'll know the truth pretty soon.