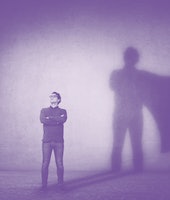 The current value of the 500 BTC invested

Twitter and Square CEO Jack Dorsey and Tidal CEO Jay-Z are throwing some weight behind bitcoin development. The pair has put 500 Bitcoin into a fund meant to inspire further cryptocurrency development in African countries and India. It’s too bad both regions are actively trying to ban cryptocurrency.

Throw some BTCs on it — The Grammy award-winning rapper and Africa-obsessed Rasputin created an endowment called ₿trust — an unexpected turn for a partnership expected to involve Square’s acquisition of Tidal. The blind trust won’t be under either mogul’s direction, and they are currently seeking three board members to manage it.

The bare-bones application sets the mission as making “bitcoin the internet's currency.” Dorsey’s love affair with Africa is now well-documented and nearly cost him his role at Twitter. On Dorsey’s other arm, Twitter has suppressed the Indian farming protests while being a major platform for the #EndSARS movement.

Jay-Z has made various moves to give back to Black people around the world over the years, while also making counterintuitive deals. Most recently, he’s become the face of a cannabis SPAC where he will helm a criminal justice reform project.

India could be a naan-starter — While India is known for its technical prowess, the country has a complicated relationship with blockchain and cryptocurrency technology. Most recently, it’s announced plans to ban investment in private cryptocurrencies, giving investors a grace period to comply.

This news comes as farmers protest the deregulation of their industry which could lead to price-gouging in the sector’s shrinking economy. In this newly deregulated market, government partnerships with agriculture blockchain startups to improve farmers’ income could go from benevolent to an exploitative nightmare.

More tech colonialism in Africa — For brevity’s sake, let’s steamroll past the blanket investment in a massive, multinational continent, and focus on Nigeria. Nigeria has led Africa in Bitcoin adoption, and the cryptocurrency fueled the nation’s #EndSARS protests last year. Critics in the local legislature blame Bitcoin for the decreasing value of the Naira, and the government has plans for its own crypto ban.

These nations are dealing with political upheaval, and while Bitcoin might be a positive addition in the short term, introducing a volatile financial instrument could do more harm than good over time. The devaluation of the Naira has many causes, largely from government policies, but it’s important to not let outside interests, especially from the West, supplant local currencies. For better or worse, India may be on a track to a government-created and backed cryptocurrency.

The potential for a couple of billionaires to destabilize nations still in the process of undoing centuries of imperialist influence is high, and it’s local people — as always — who will pay the price.