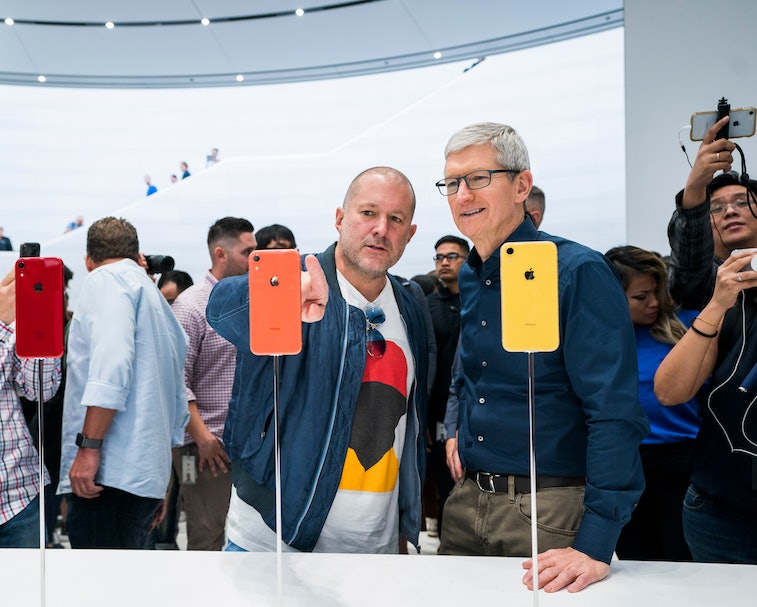 Sir Jony Ive and Apple are officially breaking up.

Technically, Ive left the company in 2019 to form a new design firm with Marc Newson called LoveFrom, with Apple as one of their clients. But as The New York Times reported on Monday, Ive and Apple have now opted to not renew their contract, meaning the 30-year relationship between the two has reached an even more permanent end.

I can’t say it’ll really mean much. Not because of what Ive meant to the company and its fans, but rather because it seems Apple has already started to grow beyond Ive’s vision.

Particular taste — As the designer of the iMac and a close confidante of former CEO Steve Jobs, Ive helped usher Apple into its current cultural and commercial dominance, from thin and light aluminum MacBooks, to the iPhone. Some would say his taste for simplicity and thinness hurt the company — butterfly keyboard, stay dead — but it’s hard to overstate how he and the team of designers he led influenced the tech industry at large.

As of late, and since Ive’s departure, Apple has drifted from the direction he set the company on, favoring function just as much as form, to the benefit of everyone. Would the thicker, more port-filled MacBook Pros, or the squat Mac Studio from Apple’s current lineup exist in Ive’s design world? It’s hard to say. Signs point to no, but given the long development of Apple’s products, it’s very likely he worked on them.

What matters is that the company, backed up by the impressive technical capabilities of its custom chips, is more comfortable shipping a computer that’s slightly thicker or heavier, if it means it’s that much more capable.

Despite the reasons for Ive’s departure, which reports suggest mainly stem from demoralizing conflicts over Tim Cook’s strait-laced and business-focused approach to running the company, Ive still had a direct hand in recent designs at Apple. Wired writes that he played a role in the company’s colorful iMac redesign.

The next thing — All signs point to Apple entering at least two new product categories in the next few years — mixed reality headsets and autonomous vehicles — and Ive and LoveFrom reportedly consulted on the design of both — categories in which how something works is just as important as how it looks. If you’re looking for any last bit of Ive-fluence, you’ll probably find them there.