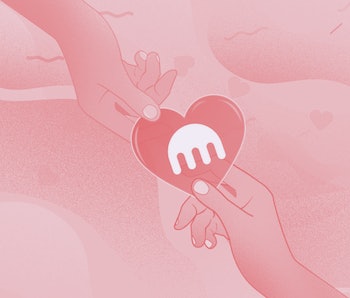 A New York Times report has illuminated a federal investigation into Kraken, a crypto exchange and bank, over whether the company violated U.S. sanctions by allowing Iranian users to engage with its platform.

Kraken could face a fine sometime in the near future according to five people at the company that tipped off the New York Times. The fines, while seemingly a tame punishment (depending on what the fine amounts to), signal a broader shift in the way crypto companies will be scrutinized moving forward.

The skeletons are coming out — Jesse Powell, the CEO of Kraken, seems to be tuning out the noise when it comes to sanction violations. Just last month, as pointed out in the New York Times report, he provided a spreadsheet in the company’s Slack that highlighted customer data, which included 1,522 users based in Iran with accounts. Additionally, there were 149 users in Syria and 83 in Cuba — countries that the U.S. also has sanctions against, but not to the same degree as Iran.

The export of goods and services to Iran were barred in 1979, in the wake of the Iranian hostage crisis. U.S. sanctions are a tool for the government to prevent — or at least make it more difficult — for certain global actors to gain access to the global financial system.

Powell has been a polarizing figure for his views on governmental involvement in the private sector. A company culture memo cites that Kraken will, “push back on government overreach,” and “engage in disputes with government agencies where outdated laws are unfairly exclusionary.”

If anything, it would seem that Powell, who outlined a number of other controversial opinions in the aforementioned cultural memo, is unconcerned with the severity of being under federal investigation.

According to the New York Times’s report, Powell, in an internal conversation with employees in 2019, implied that he would “consider breaking the law in a wide range of situations if the advantages to the company outweighed potential penalties.”

Given that extreme credo, it’s hard to say whether a fine will fundamentally alter Kraken’s business. Kraken is one of many crypto companies to face increased scrutiny, as cases of insider trading, market manipulation, and digital grifting emerge from the sector’s giant boom. While bad actors have been able to exploit this nascent industry during its ascent, a hardened stance from regulators may signal a new attitude toward’s crypto’s wild west, even if the onset is slow.