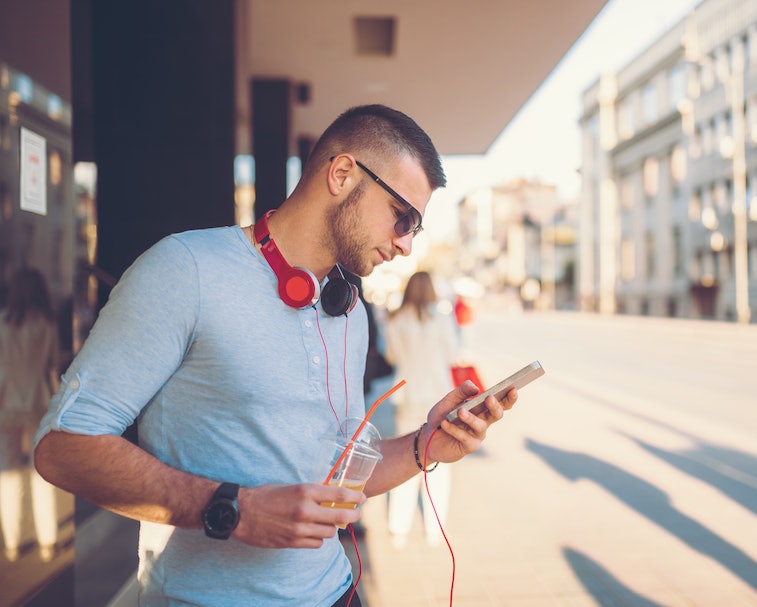 Spotify announced a noticeable redesign for its mobile app today, including a new shuffle play icon and the addition of album art in almost every display. The update also rearranges the “heart,” download, and details icons to be in one easy-to-access row.

Spotify updates are minimal now, given that the app is relatively bug-free and user-friendly. It’s all about tweaking at this point.

Go ahead, use the app with one hand — The most useful aspect of the update is Spotify’s choice to move three of its most-used buttons into one concise row. Most of the time when I’m using Spotify it’s with one hand: to queue up another album while chopping veggies, or to save a new track for later while walking with coffee in my other hand. Moving the buttons to one location is minor in an overall sense, but it does make the experience smoother when you only have one free hand.

Aesthetically pleasing — We all want our app experiences to be beautiful, especially now that our devices have become so adept at displaying them. Spotify knows this well, which is why its developers have made the app nicer than ever to look at.

Scrolling through track lists with album artwork is much more interesting to look at than just text alone — and it makes quickly finding tracks easier. The updated shuffle play button is cute, too!

Spotify says the update is available now for iOS, and it will be coming to Android devices in the next few weeks.