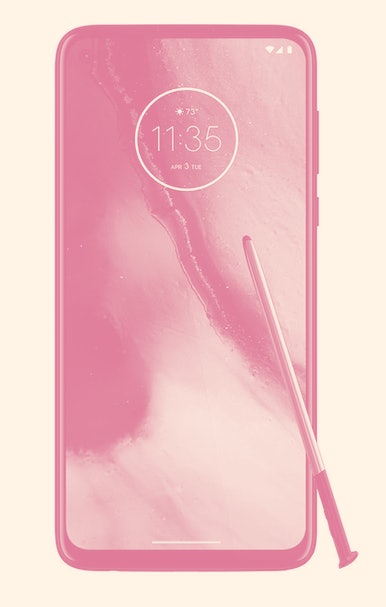 An image surfaced by leaker Evan Blass on Twitter show a new Motorola phone with a stylus and a hole punch display. With the exception of the upcoming Razr phone things have been pretty quiet from Motorola lately. Under Lenovo, Motorola has gained a bit of a following for making high-quality phones in the low and mid-range market for years. Its flagships, while solid, haven’t really broken through.

A stylus phone for less? — It’s unclear whether this stylus-equipped Motorola will succeed the company’s flagship modular Moto Z series, or if it will slot into the more mid-range Moto G series. In terms of competition, Samsung’s Galaxy Note 10 occupies the premium market while devices like the LG Stylo have the low end. Motorola may be looking to steal a few customers who want a phone stylus but don’t want to shell out for a premium device.

Stay tuned — There’s no word on when this phone will appear or what it will be called. Maybe the Motorola Edge+? With Mobile World Congress coming up at the end of February, we probably won’t have to wait for long.