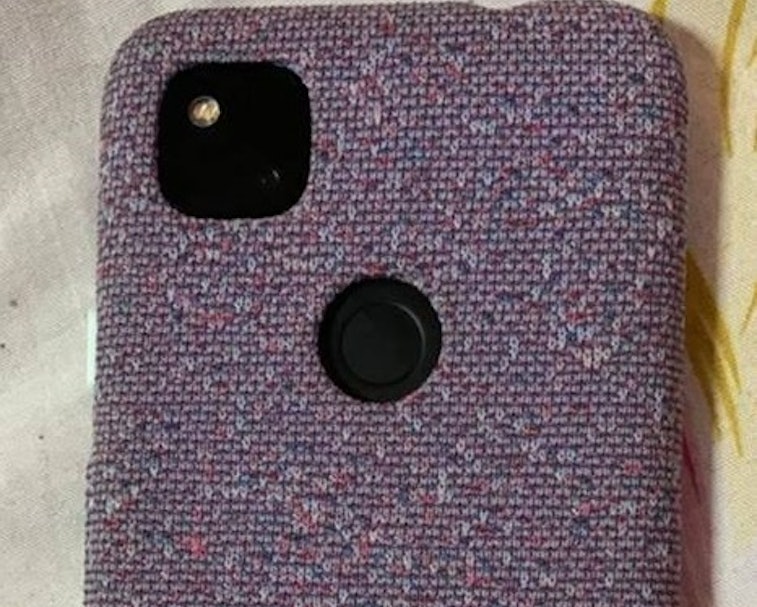 Leaked images have surfaced of the Google Pixel 4a, the rumored budget follow-up to the Pixel 4. The images seem to confirm all the features reported for the new device: a hole-punch selfie camera on the top left of the display, a single rear camera, a fingerprint reader on the rear, and a headphone jack(!). The photos also reveal a new fabric case for the 4a with a bespeckled knit and contrasting black Google logo.

The images reportedly appeared on Facebook first before making their way to Reddit and Twitter. As always, we can't confirm their authenticity. And we've gotta note, the quality is... lacking.

Making some assumptions — While the jack itself isn't shown, the visible notch on the top left corner suggests that's where it'll be. The selfie camera layout also suggests it won't have the same facial recognition technology as the Pixel 4.

When will official word come? — Considering the Pixel 3a was announced in May of last year, we can likely expect a similar schedule this time around. That is, of course, if the coronavirus and its effects on China's manufacturing industry don't mess everything up.