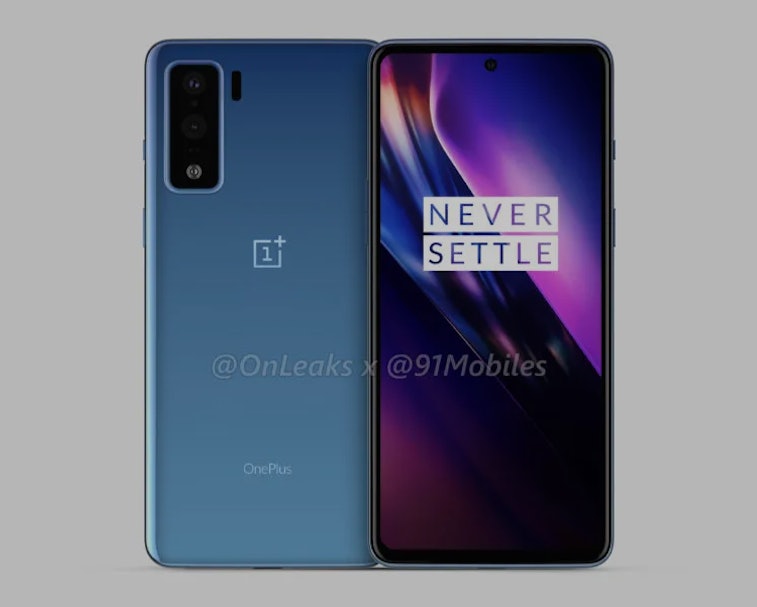 Folks, it's official. The OnePlus 8 Lite is coming, and it is in fact a smartphone. You can clearly see how much of a smartphone it is from this @OnLeaks / 91mobiles exclusive.

Samsung lookalike — If the renders are accurate, the OnePlus 8 Lite will look like a Samsung phone. The camera bump and center-aligned hole punch both looked ripped from the Galaxy Fold and Galaxy Note 10. The phone is rumored to have two cameras (unspecified) and a time of flight (ToF) 3D depth sensor. It's also expected to have an in-display fingerprint sensor. Most notable: it might come with mid-range specs.

Trying mid-range again? — The last time OnePlus released a mid-range phone was in 2015 with the OnePlus X. The launch didn't go down well and, in fact, almost wrecked the then still rising startup phone maker. OnePlus owners decried the OnePlus X for its mid-range specs and budget pricing. While the phone itself was actually quite good, OnePlus fans were upset the company was shifting attention away from phones with flagship specs that sell for hundreds less than Apple and Samsung.

As OnePlus phones have become more expensive — the OnePlus 7 Pro is the company's priciest phone starting at $699 — the company might be ready to revisit a mid-range phone to reach lower price points and round out its lineup. Hopefully, such a phone won't betray diehard OnePlus fans.