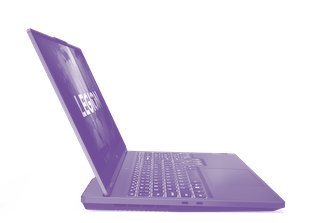 Lenovo is announcing updates up and down its entire line of laptops at CES 2022, and that includes the company’s gaming laptops, with the new seventh-generation Lenovo Legion 5 and Lenovo Legion 5 Pro.

Legion 5 — The Legion 5 and Intel-based Legion 5i feature 165Hz 15-inch displays, and a body that Lenovo claims is 15 percent smaller than its previous generation of Legion laptops. Lenovo’s design changes also allow the new Legion 5 to be a quieter and more thermally efficient machine. The TrueStrike keyboard — inspired by the ThinkPad line — has intake vents in between keys (with quieter keys overall), and the laptop’s 40 percent more powerful fan now has a 45 percent larger “exhaust fin area” to blow air through as well. I’d argue it still screams gaming laptop even with the design changes, but it definitely seems like a more refined one.

Internally, the Legion 5 can come with up to the newest AMD Ryzen 6000 series processors and the Legion 5i can come with up to a 12th-generation Intel Core i7 processor. Both laptops have the option for an Nvidia GeForce RTX 3060 or “the newest GeForce RTX Laptop GPU,” according to Lenovo. For color options, Lenovo is letting you choose between dark or light gray, with the option for RGB-backlit keys or standard white backlighting. The Legion 5i will be available in February starting at $1,199.99 and the Legion 5 will be available in April starting at $1,129.99

Legion 5 Pro — The Legion 5 Pro series is Lenovo’s top-of-the-line mobile PC gaming machine, sporting similar design tweaks to the standard Legion 5, with a few key improvements. The Legion 5 Pro or 5i Pro’s are the world’s first laptops with a 16-inch “WQHD+, up to 240Hz adaptive refresh rate” display, Lenovo claims. The company says the display is Dolby Vision compatible, supports Nvidia G-Sync, comes with VESA DisplayHDR certification, and can reach up to 500 nits of brightness. It’s also apparently designed to “reduce the negative effects of blue light” if that’s a concern.

Lenovo has mostly refined and improved gaming laptop offerings it already had, but with another year with more time spent inside and ever-growing interest in PC gaming, it seems like it's at least staying competitive.