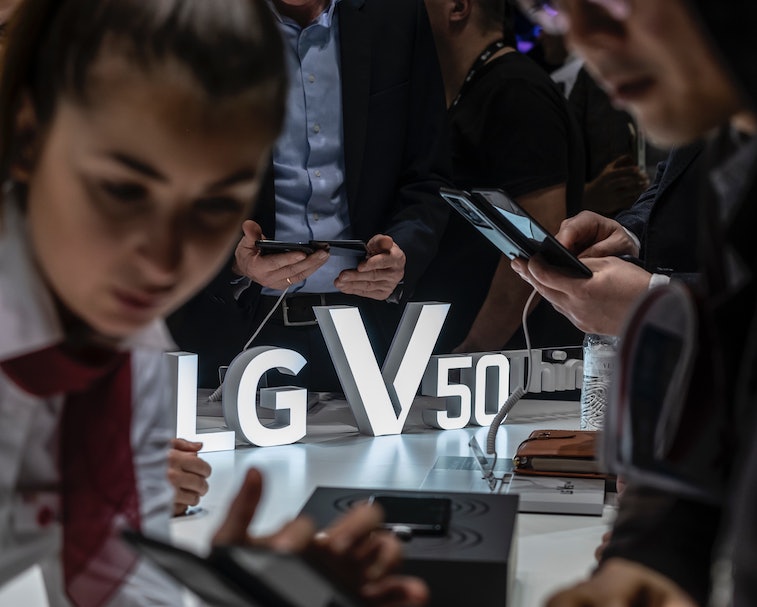 LG Electronics may be nearing a decision to shut down its smartphone business for good. The Korean company hoped to sell the business to Volkswagen or Vingroup JSC in Vietnam, but DongA Inbo reports those talks have failed.

The decision to stop producing smartphones would be unsurprising considering LG’s immaterial market share, but disappointing because the company has pumped out some innovative phones in recent years. The LG Wing, for instance, is a dual-screen Android smartphone that features a 6.8-inch display that slides 90 degrees to form a T-shape and reveals a 3.9-inch secondary screen.

In addition to pioneering wide-angle cameras in smartphones, LG also demoed a rollable display technology at this year’s CES that could allow phone screens to expand and shrink in size. The company also makes more conventional phones that compete with the likes of Samsung, but they’ve never managed to achieve the same sort of success enjoyed by their compatriot’s products.

Tough competition — Failing to find success with its smartphones has also meant failing to make the division sufficiently profitable to justify its continued existence. LG’s smartphone unit has bled money for years, including $750 million in 2020 alone. Its market share has collapsed over the years as it’s been beaten out by heavy hitters like Samsung at the high end and Chinese upstart OnePlus, which has managed to pump out flagship-style smartphones at competitive price points.

LG has found itself languishing with other Android makers like Sony, Oppo, and Xiaomi, unable to distinguish itself. Its less adventurous designs are frequently maligned, and LG’s marketing isn’t great either, with products that feature awkward names like the LG V50 ThinQ.

Back in January, LG Electronics’ CEO said that all options were on the table for the smartphone unit. DongA reports that the company halted the development of phones with the rollable display last month, and LG might share its decision on the fate of the business with employees as soon as early April.

Fewer phone manufacturers to choose from isn’t a good thing, but at the end of the day, LG can’t pour money into a losing battle forever. At least it still makes killer TVs, and the company’s rollable displays look set to get an outing in that market segment.