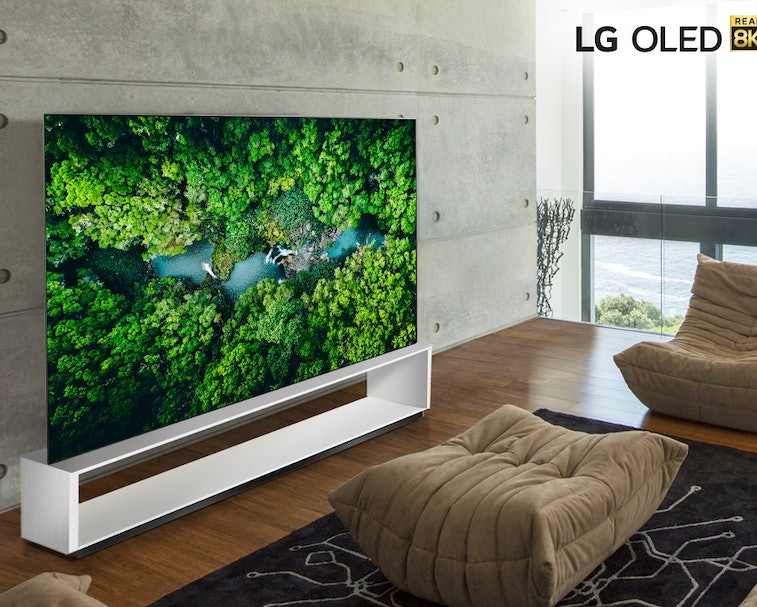 CES hasn’t even kicked off yet and the battle for the headlines is well underway. We’ve already had details of Samsung’s bezel-less QLED TV leaked, alongside LG’s roll-down wonder. Now LG’s taken the gloves off and announced eight 8K TVs. That’s right, eight.

It’s billing the displays as “Real 8K” in a barely veiled dig at Samsung’s news earlier this week that its 8K offerings will carry 8K Association certification. LG, meanwhile, has eschewed pledging fealty to the 8KA. Does it matter that the two Korean titans of TV can’t settle on what constitutes 8K? Nope. Because we won’t be buying an 8K TV for a while yet, and by the time we do, they’ll likely have sorted it out.

Meet the eight newcomers –– Early adopters who, unlike us, are happy to pay a premium to watch upscaled 4K content until 8K is ubiquitous will be able to choose from six LCD “NanoCell” 8K TVs (65-in to 75-inch) or two “Signature” OLED (77-in and 87-inch) ones emblazoned with the LG moniker.

The new TVs include support for the HEVC, AV1, and VP9 codecs, and each includes HDMI ports capable of 8K content at 60 fps. Each is powered by LG’s Alpha 9 Gen 3 processor and there’s support for digital voice assistants Alexa and Google Assistant, and Apple’s HomeKit and AirPlay 2.

There’s no word on pricing or availability yet, but that’ll doubtless be announced at CES next week. At this rate, whether there’ll be any actual news to break about TVs, though, remains to be seen. But hey, at least we’ll have the smart toilets to seek out, talk to, and stress test.

More like this
Samuel Polay
6.15.2022 2:00 PM
Father's Day
The 6 best soundbars under $300 to get your dad for Father’s Day
Andrew Paul
6.24.2022 2:58 PM
Powerplay
Tesla Powerwall owners will soon get paid to be energy mules
Jackson Chen
2 hours ago
Tech
Everything we know about the AirPods Pro 2