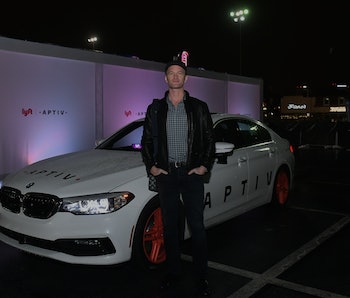 Lyft is the latest company to raise the white flag and give up on its self-driving ambitions. The company is selling its autonomous vehicle division to Toyota for $550 million. Lyft expects to stop bleeding about $100 million annually as a result of the divesture.

Trough of despair — Self-driving technology has proven extremely expensive to develop, and that shows in how the market has consolidated. Last year, rival Uber offloaded its own self-driving car division, selling it to startup Aurora. Others in the space have similarly survived by selling themselves — Cruise is now owned by General Motors, and Zoox by Amazon.

In 2017, Lyft predicted that self-driving cars would be ferrying customers around by 2021. But then Uber made headlines the following year after one of its self-driving cars in Arizona killed a pedestrian, and the company took its cars off public roads for nearly two years. Early excitement in the space gave way to realism and far more conservative predictions of when autonomous cars will actually be ready for primetime, as companies came to understand the tolerance for error must be extremely low, and the legal quagmire around culpability remains difficult to navigate.

Strong start, slow progress — Early success teaching computers to navigate cars along lane markings was followed by much slower progress with, well, just about everything else. When Uber sold its autonomous division, its cars reportedly still couldn’t drive more than half a mile without human intervention — and that was after spending five years and billions of dollars on the project.

Google, which launched its self-driving more than a decade ago, just last year began a limited driverless taxi service in Arizona. The environment there, with its sunny weather and wide streets, is an optimal first place to test the product with real customers. Google spent about four years mapping the streets of the Chandler suburb before launching the service.

Focus on profit — For its part, Lyft’s self-driving division was never very big. In Las Vegas, it has offered riders the opportunity to test out autonomous vehicles from Aptiv with safety drivers up front. In order to accelerate the efforts, Lyft acquired a UK-based augmented reality firm for $72 million.

The Aptiv initiative will continue to operate under Motional, a joint venture between Aptiv and Hyundai. If Toyota’s autonomous cars ever do see the light of day — we’ve never seen them in action — the automaker has committed to using Lyft’s routing tech and network for any commercial service.

For now, though, Lyft will be able to use the new savings to become profitable, something it hopes to accomplish towards the end of 2021. There’s a risk that not owning the tech will mean Lyft and Uber eventually get cut out of ridesharing, but it’s still all far out.