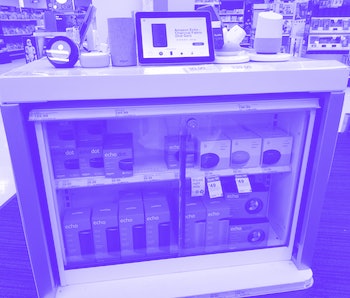 The Connectivity Standards Alliance (CSA) — previously known as the Zigbee Alliance — has once again delayed its forthcoming smart home standard called “Matter”. The standard has been in the works since December 2019 and was originally meant to release sometime in 2021, but the CSA now says it needs more time to ensure its development kits can “meet the expectations of the market.”

We’ve yet to see any of the fruits of the CSA’s long-winded labors, save for some significant name changes; “Project Connected Home over IP (CHIP)” has been rebranded as simply “Matter.” The organization, which is backed by some of tech’s biggest players, announced both renaming schemes back in May.

Developers will still likely get to try out the Matter standard this year, though consumers will have to wait for a wider rollout in 2022. The standards should eventually allow smart home devices like Amazon’s Alexa and Apple’s HomePod to communicate with each other, similar to the way Internet Protocol (IP) allows disparate internet-connected devices to play nicely together.

Still growing — If rolled out successfully, the Matter protocol would be nothing short of a game-changer for smart home devices. That success is heavily reliant on the cooperation of the companies creating said smart home devices. If Amazon refused to get on-board, for example, it would present a pretty big gap in Matter’s usability.

There’s no need to worry, though — most of the big players are on board. The total number of global companies backing Matter has hit 200, up from 180 in May, and 2,000 total individuals are now participating. Amazon, Apple, and Google are perhaps the most noteworthy backers, but smaller companies like Nanoleaf and Signify (which makes Philips Hue bulbs) have made their support explicit, too, with Nanoleaf preemptively building support for Matter into products it already sells.

Now we wait — Matter will usher in a new era of smart home development, where companies like Amazon and Google are competing for customers’ attention while also recognizing they might enjoy some variety in their smart home, or already be committed to other platforms, but be willing to consider products in other ecosystems in future if interoperability is guaranteed. These companies have long kept their products very private, in some cases even cutting them off completely from third-party access. With Matter, any compatible devices will be able to work with one another, rather than forcing consumers to pick a platform and stick to it.

As you might expect, switching gears toward cooperation isn’t exactly simple — hence the constantly changing timelines. For now, we practice patience and look forward to a more connected future.