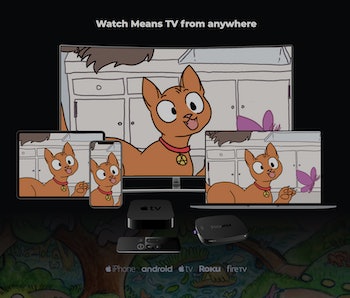 Means TV, which debuted last Friday, describes itself as the world’s first “worker-owned, post-capitalist streaming service.” Unlike other streaming services, Means TV isn’t setting out to vye for the highest viewership or the most corporate backers — it isn’t even hosting ads to boost profits.

But video streaming is a crowded market, to say the least. If it wants to stay in business, Means TV will need to pick up subscribers — even with its dreams of living in a post-capitalist world. And, in order to do that, the service will need to keep expanding its video offerings.

Limited video options at launch — At $10 per month — more than Netflix, Hulu, YouTube, or Disney+’s entry-level subscriptions — Means TV subscribers might be disappointed by its limited content right now. At launch, Means TV has 13 exclusive feature films and 27 shorter items, which is nothing to sneer at. But it’s difficult to compete with the catalogs accumulated by massive corporations like those that own Netflix and Hulu. It’s going to take some deft maneuvering for Means TV to produce enough revenue to pay its workers and creators.

But it’s all about the mission — Means TV doesn’t seem excessively concerned with profit; that’s one of its strongest pulls for new subscribers. The company works like a co-op: it’s owned and self-managed by its workers, and they receive 70 percent of the year’s profits. All workers are on the company’s board of directors and are able to vote on all business matters. The remaining profits go to contractors and royalties.

Means TV is right to put its mission at the forefront of its activities. This is where the company will be able to draw its biggest crowds: from those who are tired of enormous corporations dictating our viewing experiences. The service has somewhere around 2,100 subscribers already.

And in the meantime it wouldn’t hurt to expand the service’s offerings, making it more enticing to, well, the masses.