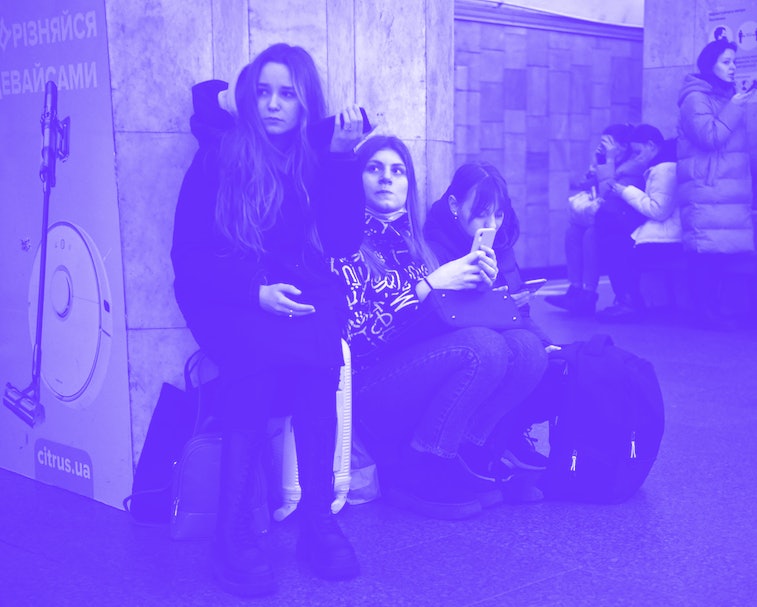 As the deadly crisis in Ukraine rapidly escalates, millions of the country’s citizens suddenly find themselves both physically and digitally in danger. In an attempt to address the latter issue, both Meta and Twitter have released statements on recent developments, as well as implemented new measures to safeguard Ukrainian users’ information and data.

Earlier this afternoon, Facebook’s head of security policy, Nathaniel Gleicher, posted a thread to Twitter outlining the social media’s initial strategy for bolstering Ukrainians’ online wellbeing. In addition to establishing a “Special Operations Center” staffed by regional experts and native speakers to monitor developments in real-time, the social media giant launched a new feature that allows people in Ukraine to lock their profiles “to provide an extra layer of privacy and security.” The one-step procedure, previously opened to Afghanistan following the U.S. troop withdrawal in August, prevents anyone who isn’t a person’s friend from downloading or sharing profile photos and timeline posts. Gleicher also provided links to tools for journalists in the region, cautioning that Meta “is only one piece of the online environment.”

Twitter also updates its users — Twitter, for its part, is also posting security reminders and tips for its users, although they so far appear to be pretty run-of-the-mill digital privacy methods. In addition to strong password suggestions, the thread also includes recommendations on two-factor authentication, temporarily account deletion, switching accounts to private, and disabling location information. Twitter also offers the complete thread in Ukrainian, as well.

Not the most reassuring news — While it’s nice to see both social media giants acknowledging a real geopolitical issue in real-time as opposed to, say, six months too late, it’s hard to find comfort in the updates. The nature of online privacy and information sharing, especially when it comes to social media, makes digital safety extremely difficult for anyone in Ukraine at the moment. These announcements are better than nothing, but at the end of the day, it’s a very, very grave situation overseas.