“Well before the end of the 20th century, we recognized that no American should live without electricity. As we embark on the third decade of the 21st century, every American deserves the opportunity to access broadband.” 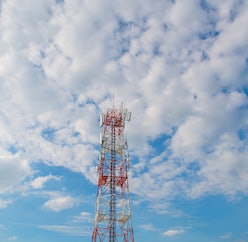 As the coronavirus pandemic rages on, Microsoft is asking Congress to fund access to broadband for millions of Americans in need. It comes after the FCC worked with internet service providers and cell phone companies to keep service on for customers who are unable to pay during the economic recession that has left nearly 40 million people unemployed.

In a blog post, Microsoft's president Brad Smith argues that moves from the private sector, while nice, aren't enough, and that the next coronavirus stimulus bill should include funding for broadband access to ensure that disadvantaged populations have access to remote learning and the ability to apply for new jobs online. The trend towards working from home, he said, is only accelerating as a result of the pandemic that has forced people to shelter in place.

Smith's post highlights a growing refrain in America that internet access is no longer a discretionary purchase but rather something that people need to survive in the 21st century. "Broadband has become the electricity of the 21st century,” he wrote. “Well before the end of the 20th century, we recognized that no American should live without electricity. As we embark on the third decade of the 21st century, every American deserves the opportunity to access broadband.”

Ajit Pai, wyd? — FCC chairman Ajit Pai's call for relief from broadband providers was seen by some as ironic because he has long dismissed the idea that the internet should be treated like a public utility. Pai was strongly opposed to net neutrality laws that would ban internet providers from charging more for access to specific content, like HD video.

Many argue that internet providers fall under the definition of a public utility because utilities are often companies that have a natural monopoly. Utilities control the infrastructure going to your house, like the power lines and fiber optic cables running under the ground, and it's tremendously difficult for new competition to join the fray. Because of this, most Americans have maybe two internet providers in their area to choose from.

The internet as a utility — Once coronavirus hit and America fell on hard times, Pai himself had to beg internet providers to sign a "Keep Americans Connected" pledge and provide relief to customers. And even then, hundreds of Americans are now complaining that providers aren't following through with their promises. If internet access were regulated more like a utility, the public would be able to make swifter decisions to relieve customers and not be at the mercy of for-profit corporations.

In many regions, government agencies regulate the prices utilities like electricity providers can charge customers, and they have the power to do this because of U.S. public utility definitions. Right now we have little control over internet providers in the same way. Let's at least hope Congress offers some funding here. I wouldn't count on it, though.