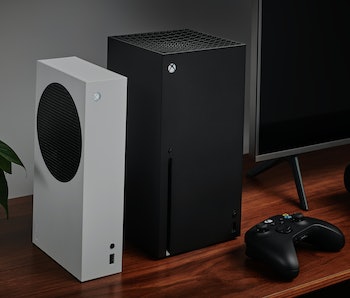 If you've tried to buy an Xbox Series S/X or PlayStation 5 recently, you'll no doubt know they're still hard to find. Early shortages were expected considering feverish demand, but many people are frustrated that it's still so hard to find a console even months later. To that end, Microsoft has said it's doing its best to pump out more Xbox Series S/X consoles, including by reaching out to its hardware suppliers to try and pick things up.

Bear with us — In an appearance on the Major Nelson Radio podcast last week, Xbox head Phil Spencer said that he recently spoke with the CEO of AMD, which supplies both the GPU and CPU for Microsoft's consoles. "I was on the phone last week with [CEO and president] Lisa Su at AMD [asking], ‘How do we get more? How do we get more?’ So it’s something that we’re constantly working on.”

Microsoft has said in the past that supply could be constrained until at least April as interest in gaming across PCs and consoles has soared. Sony was anticipating supply constraints before releasing the PlayStation 5.

The pandemic keeping people at home, combined with the release of new consoles and AMD's latest Ryzen 5000 processors, has created the recipe for tight supply. "When you look at the graphics cards from AMD and Nvidia... there’s just a lot of interest in gaming right now and console sales are just a sign of that, game sales are a sign of that, and hardware is in short supply," Spencer said.

All of the major game publishers have seen strong boosts in revenue during the pandemic.

Throughput problem — Reports have indicated that constraints on supply from AMD and Nvidia are not due just to high demand for chips, but also to shortages of materials that the chipmakers buy from other suppliers. It's entirely possible that AMD planned to have more chips produced by now, but struggled to line up the necessary materials from its suppliers. The coronavirus pandemic brought production lines around the world to a halt for several months last year.

All of this means that price gouging of the limited supply of consoles will likely continue through at least the next few months.