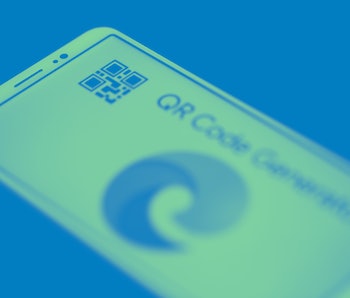 Microsoft is now contributing features and improvements to Google’s Chrome browser. It would have been unthinkable years ago when Internet Explorer ruled the web, but that relic is dead, replaced by Chromium Edge, the browser from Microsoft that’s based on Chrome.

The first feature that Microsoft has developed for Chrome is a tab management function that makes it easy to select multiple tabs and quickly move them to a new browser window. The Verge spotted mention of it on Reddit, where a user noticed that Google had added the feature to the main Chrome browser after it appeared in Microsoft’s version.

Why this makes sense — Google Chrome is based on the open-source Chromium browser, also developed by Google. Since it’s open-source, anyone can customize the browser and release their own version as Microsoft has done with Chromium Edge. It looks like Google Chrome but has its own Microsoft-y features built-in, such as the Cortana smart assistant, and Microsoft didn’t even have to develop the core browser. And any site that’s been optimized to work in Chrome will look the exact same in Microsoft’s version — important because Chrome is by far the most popular browser on the internet today.

As we’re seeing here today, Google for its part stands to benefit from making its browser open-source because it effectively gets free labor. Microsoft isn’t just developing new features, it’s also fixing bugs, and all of this can be rolled back into Google’s core Chrome browser that most consumers actually use. Microsoft says it has contributed over 1,600 changes to Chromium, many of which are small ones you wouldn’t notice.

This isn’t without its controversy — Some have argued that developing a browser on Chrome is bad because by improving Chrome you’re effectively supporting Google’s advertising-based business model. Chrome is generally more permissive of tracking than other browsers because Google makes most of its revenue from advertising, and the cost of ads falls if browser tracking isn’t possible. Microsoft took extra steps to block ad-tracking in its flavor of Chrome, and last month there was an uproar after rumor spread that Apple might rebuild Safari on Chrome (it won’t). Google recently responded to concerns around privacy in Chrome by vowing to phase out third-party cookies over the next two years.