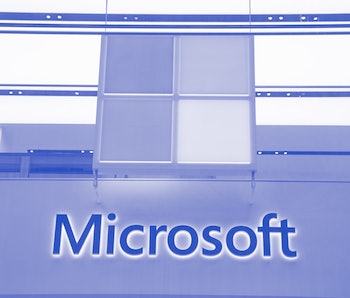 Microsoft has announced it will permanently shutter all of its retail stores in a move only partially influenced by the coronavirus. All but four physical locations, which will be converted to "experience centers" without products for sale, will close as Microsoft shifts its sales focus to digital. The only surviving spaces will be in New York City, London, Sydney, and at the company's Redmond campus.

Sources told The Verge that Microsoft had already planned the move for next year but that the pandemic accelerated its timeline. Somehow, the source also said the closures won't result in any layoffs. Microsoft Store VP David Porter said in a statement on Linkedin that existing employees will continue to work remotely or at corporate facilities.

That explains why U.S. stores hadn't reopened — Despite retail stores across the United States beginning to open back up based on varying state policies, Microsoft had yet to reopen any of its locations. A source had told The Verge that it couldn't provide updates for the company's timeline to reopen, but that the approach would be "measured and cautious, guided by monitoring global data, listening to public health and safety experts, and tracking local government restrictions."

Apparently, that was just code for "we want to indicate how seriously we take the pandemic but you'll never see a Microsoft Store again in your life."

Digital or bust — Portner's statement said its digital storefronts will be the "best place to learn, buy, and receive support across software and hardware." New services will include one-on-one video sales support, and Microsoft already offers custom support, tutorials, and workshops digitally.

While not quite the "new normal" under COVID-19, this will be Microsoft's new normal nonetheless.