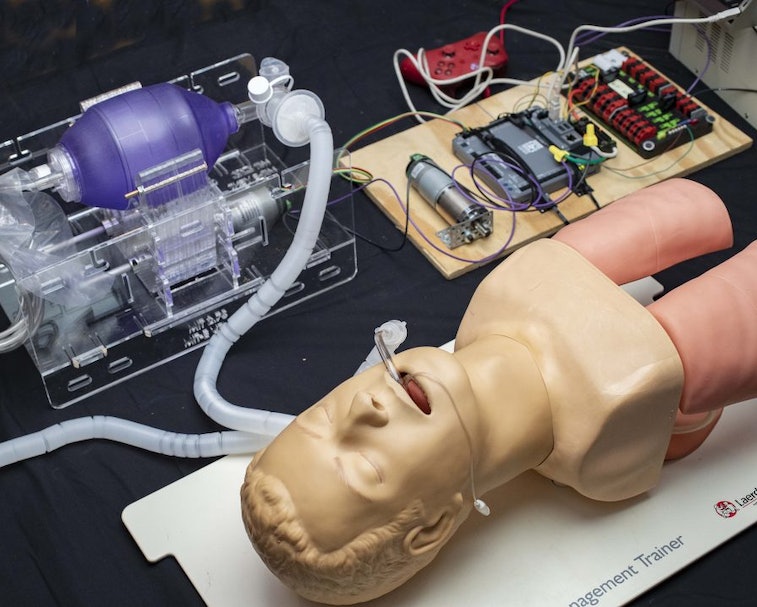 The COVID-19 pandemic is pushing the United States’ medical infrastructure to its absolute limits. Many companies have taken to using production facilities to make more ventilators as the country waits to see if it’ll follow in Italy’s footsteps both in terms of the scale of the pandemic, and the need to begin picking and choosing which coronavirus patients receive assistance from limited quantities of life-supporting equipment.

In the midst of widespread panic, MIT’s ventilator project is a refreshingly clear-headed effort to save lives. By utilizing inexpensive materials and an open-source framework, these researchers have the potential to reduce COVID-19 casualties — as long as the project is approved for use quickly enough.

Fast-tracked for immediate use — The researchers’ initial testing of the ventilator has already been completed. The project actually used an old MIT project as its base, which allowed testing to move forward swiftly.

The ventilator has already been submitted to the Food and Drug Administration (FDA) for “Emergency Use Authorization.” Researchers hope this designation will allow the device to move through the bureaucratic approval process more quickly than usual. The device is already being tested on animals.

Will it be enough to help? — That’s what researchers are still wondering. MIT’s ventilator project is exceptional in its inexpensive production cost and the relative ease with which it can be replicated for mass use. But the project is not perfect; in fact, its researchers are still unsure of its efficacy in actual patients, because it’s never been tested on them.

Unlike most respirators being used today, MIT’s is manual, which means it needs to be operated by a human rather than being automated. While that's not ideal by any stretch of the imagination, it could prove invaluable when other options have run out.

Production is ramping up elsewhere, too — The private sector in the U.S. has, in some cases, stepped up to the plate to help offset the dwindling medical resources on hand. Ford announced earlier this week that it would reopen and repurpose some of its factories to manufacture much-needed ventilators; GE and 3M will also be helping with the effort. Tesla's Elon Musk has ordered more than a thousand ventilators from China, and he says Tesla’s New York factory will reopen as soon as possible to produce additional ventilators.

MIT’s project stands out in this crowd in that its ventilators are inexpensive to produce. If FDA testing goes well, production information for the manual ventilators could be readily available to the public very soon. Considering how quickly COVID-19 is spreading across the U.S., approval of the ventilator will need to happen very soon indeed if it's going to save lives.