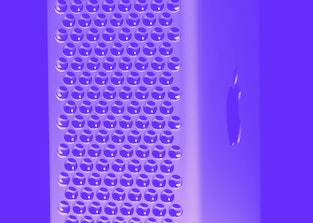 The cost of a fully loaded Mac Pro.

Maxing out all the specs — A top-of-the-line Mac Pro with all of the maxed-out configurations (with $400 wheels and $250 Magic Mouse 2 and Magic TrackPad 2) totals up to $52,748. For the same money, you can get something like 5,860 of Apple's headphone jack dongles. Decisions, decisions, decisions...

It's quiet and blazing fast — Not surprising: it's quiet and cooled entirely with airflow through the fans, not with any liquid-cooling system like most PCs. Apple loves making quiet computers, after all.

Also not surprising: it's a really fast Mac (it had better be starting at $6,000). His Mac Pro scored 1,180 on single-core and 21,303 on multi-core tests on Geekbench 5. In a video rendering comparison, the Mac Pro managed to render a 5-minute-long video made up of 8K RED RAW footage in 4 minutes and 20 seconds. In comparison, the new 2019 16-inch MacBook Pro rendered the same video in about 20 minutes an iMac Pro took about 12 minutes. So yeah, it's fast.