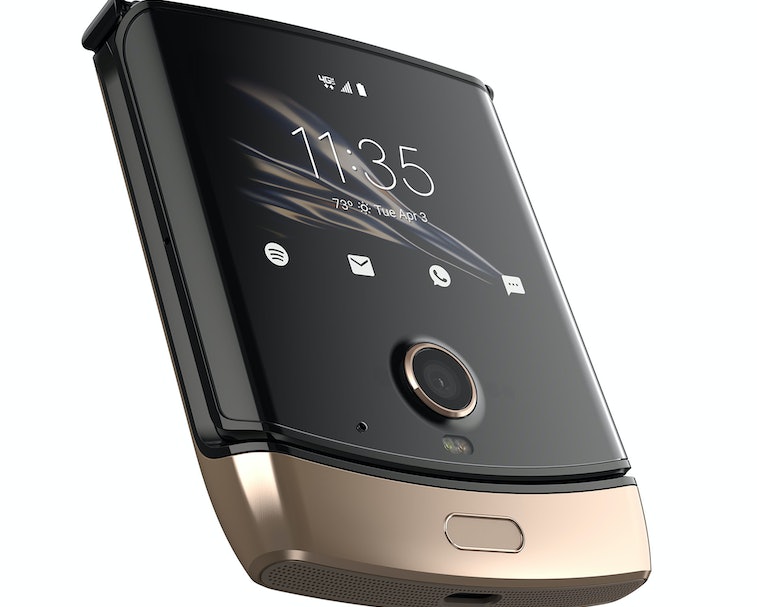 Motorola’s updated Razr flip-phone has barely hit the market yet, and already we’re seeing special-edition color updates. Today Motorola confirmed its newest device will be available in “Blush Gold” as of Spring 2020. The color option was leaked last week on Twitter.

A color update won’t fix the phone — Early hype surrounding the new Razr hoped for a healthy balance between nostalgia and modern usability. But the device’s actual release has failed to live up to that hype — early reviews prove it’s decidedly more of an expensive nostalgia-gimmick than we hoped. The phone has already been plagued with performance issues and a massive let-down of a rollout. The screen quality is mediocre at best, and its hinge is an absolute mess.

So while more color options to our favorite phones are always welcome, this veneer of gold isn’t going to make the new Razr any more of a worthwhile buy.

Plus the gold is just alright — Motorola launched the new Razr in just one color, Noir Black, and the one-tone finish gives the exterior a slick, modern look. But the new Blush Gold option changes just the bottom half of the phone, and it doesn’t look half as sleek in dual-tone. It definitely doesn’t make the phone look like a luxury device — which it should, given its $1,499 starting price.