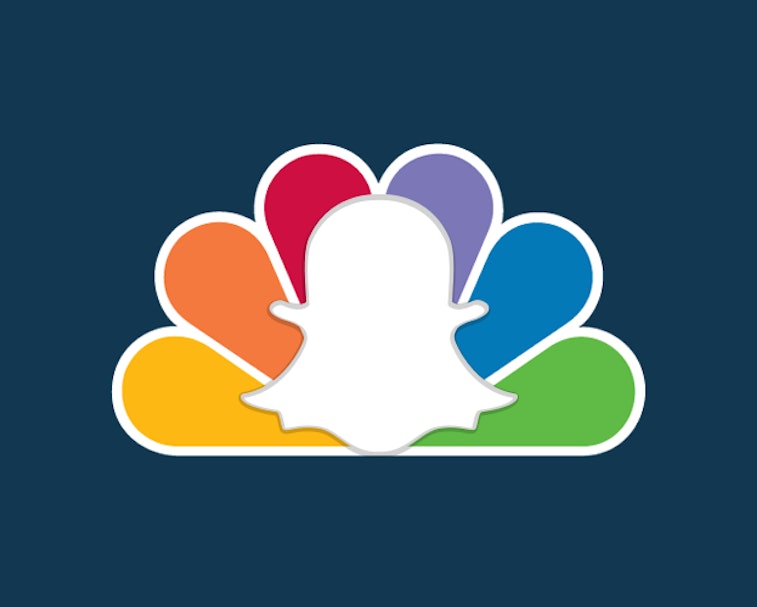 The Hollywood Reporter reports NBCUniversal no longer has an equity stake in Snapchat. In 2017, the media giant invested $500 million in Snap as part of the company’s IPO. NBC News has enjoyed immense popularity on Snapchat’s Discover platform and the two companies also have a scripted media partnership. An NBCUniversal source told The Hollywood Reporter these relationships will remain intact. But with an increasingly diversifying streaming landscape, NBC seems focused on throwing its weight behind its titles and licensing to balance the years of unprofitability ahead for Peacock, which along with rival Quibi, is entering an immensely crowded streaming landscape.

Breaking even — By the end of 2017, according to parent company Comcast’s SEC filings, the value of NBC’s stake in Snapchat had shrunk to $430 million. Snapchat’s 2018 redesign and the subsequent, devastating Kylie Jenner tweet wreaked havoc on the stock. At year’s end, Comcast’s stake plummeted to $162 million.

Last year, after big pushes on Lenses as well as original programming and formats, Snap finally started to bounce back. It’s unclear exactly when in 2019 NBCUniversal checked out, but based on the reported gains, the company got a return of $455 million.

It’s what’s on the inside that counts — NBCUniversal’s streaming strategy is arguably one of the smartest. Despite its late arrival, Peacock’s tiered plans, its base of existing cable subscribers, and its promise of Olympics coverage (assuming the games aren’t canceled like SXSW) has the service poised to start strong.

The company knows its greatest strength is in its vast, existing library and the rapid creation of new hits. Comcast also turned over operational control of Hulu to majority stakeholder Disney in 2019, which extends existing licensing agreements to 2024. As titles start to appear on Peacock, Disney will essentially get a discount on the licensing fees. Disney gets more content while Comcast gets to double-dip.

On the short-form media front, NBC News is still a Snapchat Discover favorite with a budding TikTok audience and a Quibi partnership. TikTok is looking into a Discover page clone, and NBC is one of the few publishers actively engaging on the platform. NBC's TikTok and Snapchat presence sets it up as a household name with young people as more Zoomers enter the workforce, but clearly it doesn't think owning a stake in either is necessary for success.