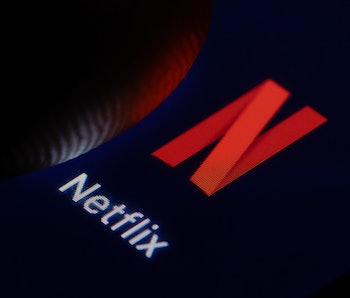 Netflix has heard our cries for transparency and is sliding that opacity down a notch. The streaming service announced the addition of two Top 10 rows on Monday. When users go to the Movies or TV Shows section of Netflix, they’ll see the top titles for that day.

If the shows or movies aren’t as relevant to your tastes, the row will appear lower in your feed. In other areas of the app/website, Top 10 titles will have a little red badge indicating their popularity. Netflix tested the feature out in the U.K. and Mexico before commencing an international rollout today.

A step in the right direction — In January, Netflix changed the way it counts views. Of its three viewer categories, it focused on “Watchers” who completed 70 percent of an episode or movie. Now, to boost numbers, watching any title for more than two minutes qualifies as a stream. It even acknowledged the new results would be “about 35% higher on average than the prior metric” on an earnings call.

These inflated numbers will undoubtedly skew in the favor of Netflix, which anecdotally requests its originals to start with something attention-grabbing in the first five minutes. The change helps the algorithm to not discriminate against longer titles (it’s easier to get 70 percent into an episode of Friends than The Irishman). Originals and other licensed programming are both eligible to be included in the Top 10 lists, according to The Verge.

Of course, we’ll only know the ranks and not the specific numbers overall as well as whether viewers finished the titles. Even the ranks are a little mysterious since they can’t be fact-checked by third parties. At this point, Netflix is holding onto its lead in the streaming wars, so we’ll just have to settle for translucent scraps.

More like this
Will Gendron
6.18.2022 3:15 PM
Who's that?
Trick people into thinking you're Morgan Freeman with Voicemod's new AI freeware
Will Gendron
6.16.2022 9:00 PM
Culture
Anna Sorokin hopes to part with scammer identity by... pivoting to NFTs
Matt Wille
6.22.2022 10:18 PM
Spam No More?
Apple is finally testing more robust SMS spam filters for iOS