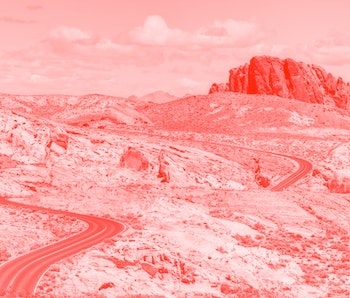 We all watched in horror this week as the Iowa caucuses set the worst possible tone for the Democrats’ campaign to choose which of the large field of hopefuls it’ll pit against Donald Trump this November. The problem? An app for reporting figures that flummoxed attendees or simply didn’t work. The Nevada Democratic Party says it’s going to do better by, for starters, not using the same app, Vox reports.

Ditching the app — Chair of the Nevada Democratic Party, William McCurdy II says his party is confident “what happened in the Iowa caucus last night will not happen in Nevada.” He adds that Nevada “will not be employing the same app or vendor used in the Iowa caucus.” It’s unclear what will be used instead, but it may come down to the traditional combination of paper and telephones.

The math is complicated — Nevada’s caucuses take place on February 22 and are subject to the same revised rules delegates in Iowa had to contend with, including the need to report three numbers instead of the usual single figure. The three numbers in question are an initial vote total, a post-viability threshold realignment vote total, and the number of state delegate equivalents.

There are some fairly basic reasons for the complexity of the system. First, keeping count at all stages of the process should prevent a repeat of the 2016 snafu where the race was so close between Hillary Clinton and Bernie Sanders that some people called for a recount. With Sanders and Pete Buttigieg on course for a similar tight finish, that could prove crucial.

Second, the realignment vote total and state delegate equivalents figures concern the option caucus attendees have to change their vote if the candidate they back at first fails to meet the 15 percent initial threshold required to keep them in the running.

Complexity favors accusations of malfeasance — The problem with a complex system, though, is despite the nuance its advocates argue it offers, it also gives the Republican Party plenty of fodder for arguments that obfuscation is being used for rigging votes or otherwise tampering with them. Especially when an outcome doesn’t favor them.

By the same token, we could see the same arguments from some of the Democratic nominees’ fans, too. Sanders and Andrew Yang’s candidates, in particular, have repeatedly shown themselves to be so dedicated one might call them rabid.

Given the speed of the news cycle, the commander-in-chief’s State of the Union address histrionics, and his all-but-certain acquittal from the articles of impeachment, a hassle-free Nevada Democratic caucuses might simply mean it attracts fewer headlines than Iowa. That lack of scandal can only serve the Democratic Party well.