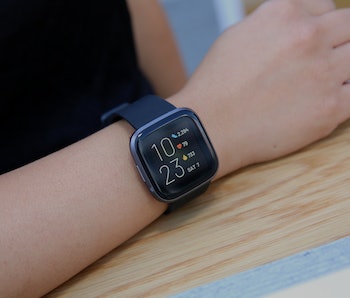 Fitbit announced a new study on Friday which aims to determine how effective the wearables are at detecting COVID-19 and the flu. The study is open to those 21 and older in the United States and Canada using the Fitbit app. An in-app questionnaire will pair with Fitbit data to try to create a detection algorithm.

How to join the study — The Assessments & Reports section in the Fitbit app’s Discover tab will bring you to the questionnaire. Participants are asked about any current symptoms, whether they recently had COVID-19 or the flu, and some contextual medical history questions. They can opt-out of the study at any point.

Fitbit’s pandemic solutions — The Google-owned wearable company has worked on expanding its functionality this year, including a pre-pandemic blood oxygen tracking feature. Early this month, Fitbit announced another study to monitor long-term heart rhythms. These new studies combined with feature upgrades and the financial backing of Google positions the company well in the current race for effective — possibly preventative — contact tracing technologies.

Google’s Apple partnership for a contact tracing app is unlikely to end there, especially with Fitbit and the Apple Watch primed to provide additional health information about those who opt-in.