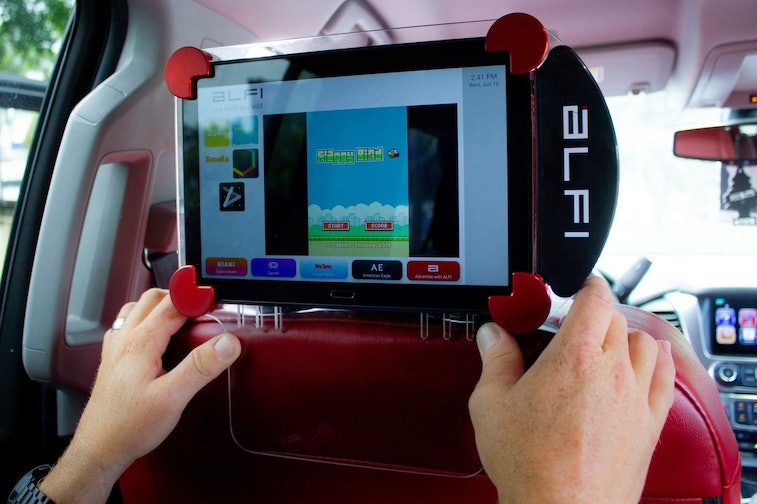 Minority Report predicted this one. An artificial intelligence company called Alfi intends on installing screens in public places that will use facial recognition to target personalized ads at passersby. The company has already been testing the screens, which can recognize a person’s facial expressions to perceive whether they liked an ad, on the seatbacks of 500 ridesharing cars in Florida. Alfi hopes to install 150,000 facial recognition more screens in the back of rideshare vehicles by the end of next year.

Bloomberg earlier reported on Alfi, which says that it doesn’t store any personally identifiable information but rather simply detects a rider’s age and gender, and then combines that with other information, like location, to choose a targeted advertisement to show them.

Privacy concerns — Critics who spoke to the news outlets warn that even if Alfi doesn’t currently collect personal information, that doesn’t mean it couldn’t begin doing so in the future — and build profiles of people’s likes and interests without their consent.

Alfi plans to make money through a subscription that would offer advertisers engagement data, including retina tracking that estimates how many people looked at an advertisement, and for how long. The company believes that it’s launching at just the right time, when companies like Apple and Google are starting to crack down on personalized tracking and data collection in response to rising public concern.

Knowing that a camera in your Uber could be staring at you and analyzing your expressions will probably be unsettling to many, who may feel it’s a violation of their privacy because they didn’t consent. Then again, that concern may not elevate to more than a grumble if the alternative is giving up ridesharing services.

Cash incentives for drivers — Drivers who install the Alfi tablet in the backs of their cars can be paid upwards of $325 a month, which makes it a pretty easy decision for them. Moreover, Uber and Lyft cannot stop drivers from installing the systems because they work as independent contractors.

Building profiles of people can be worrying for the adverse consequences if that information is misused, which happens with online services all too often as is — such such as in the famous case of Cambridge Analytica abusing Facebook user data to aid Trump’s presidential campaign.

Meme stock — Despite the concerns, Alfi went public on the stock market during the current meme stock frenzy, and is now valued at nearly $140 million — and that’s despite generating revenue less than $1,000 in the second quarter of the year with a loss of $5 million. Going public gave the company a war chest of roughly $20 million in cash with which to pursue its idea, though.