“Wordle brought an unprecedented tens of millions of new users to The Times...” 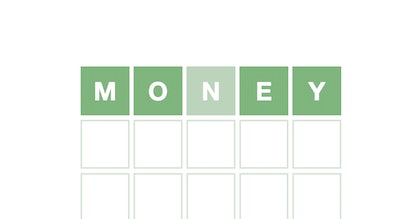 Buying Wordle and repurposing the game for its own ends has turned out great for The New York Times. The media company reported its quarterly earnings on Wednesday and attributed its “best quarter ever for net subscriber additions to Games” directly to the daily word game.

Wordle has yet to go behind the New York Times paywall, but associating the free game with the newspaper’s other subscription-based games is already paying dividends in the form of new subscribers.

New subscribers — “Wordle brought an unprecedented tens of millions of new users to The Times,” The New York Times Company chief executive officer Meredith Kopit Levien said in the earnings report. The Times’ Games subscription ($5/month for several daily games) was indirectly dangled in front of faithful Wordle players who made the jump to the game’s new home, and apparently at least some of them bit.

The company now has 9.1 million subscribers as of today’s earnings report, many of which have multiple subscriptions to the various arms of The New York Times media apparatus, whether it’s Cooking, Games, or The Athletic.

What could have been — Wordle’s creator Josh Wardle had no intention of turning the game into a business all its own, and I don’t begrudge him taking his “low seven figures” payout and getting out of there. And yet, I can also imagine a world where Wordle stayed free, or even started charging a meager subscription for the basic upkeep of remaining independent.

That’s not the world we live in though, and if you don’t want to support The New York Times, there are always alternatives.