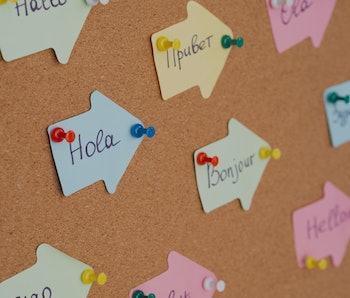 Google is no fan of language barriers. The company has been trying to improve its Translate features, both on mobile and desktop, and in early 2020 hinted at releasing a real-time transcription service for Android users. The simple but highly helpful idea was to allow users to record foreign audio, transcribe it, and view translated versions of that speech as it happens.

That much-anticipated feature is here now, according to Google Translate's product manager Sami Iqram. Google will let you transcribe foreign languages through its app on Android so that you can understand conversations in real-time. No more scratching your head.

Here's what it looks like — On the latest Translate app for Android, you can take advantage of the new feature by tapping Transcribe and letting your mic do rest of the work. Iqram suggests that you try Transcribe out in a quieter, one-on-one conversation so that the machine accurately grasps each word. The feature is available in English, French, German, Hindi, Portuguese, Russian, Spanish, and Thai right now. You can experiment with text size, light or dark themes, and enable (or disable) original text displays.

Great work, Google — It's not clear if Google will let you upload pre-recorded audio files to Transcribe. But there's a way around this. If you're in the mood and have Android, you can play a pre-recorded clip in any of the aforementioned languages and let the program do its magic.

While Transcribe is merely for transcription purposes and not exactly a Duolingo substitute, we imagine it'll help people cross language barriers and foster community through multilingual storytelling, dialogue, exchange of ideas, and more.