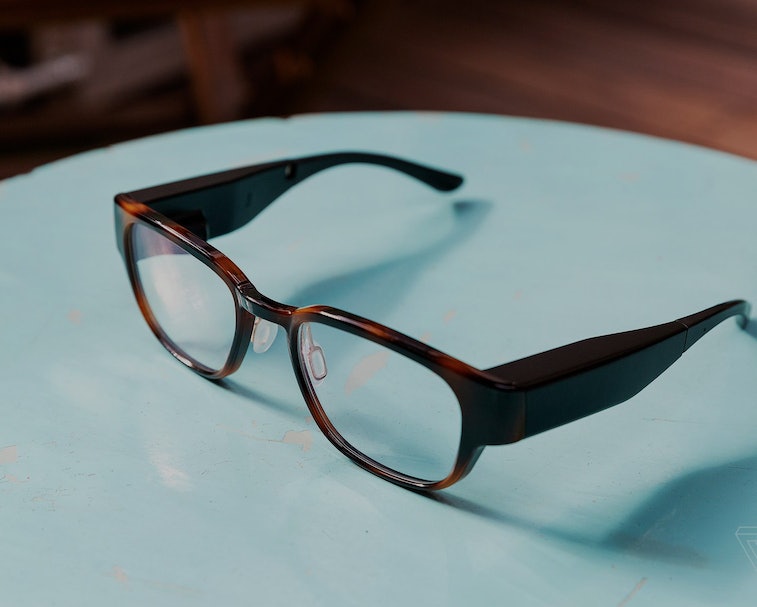 The lackluster launch of North's AR glasses just got a little context. The Logic obtained a letter from within the company, then known as Thalmic Labs, outlining a lack of or underperformance of several features. The eight-page letter, penned two months before Focals' 2019 launch, was signed by a “significant” number of employees from various teams.

The news comes after an announcement earlier this month that North is halting production on Focals to focus on the second iteration shipping in 2020.

Rumors of my incompetence have been greatly exaggerated — North informed The Verge that the letter was actually from six months prior to launch and “has no relevance to what customers received.” The Logic did not publish the entire letter, choosing instead to quote it heavily throughout their piece. Regardless of the timeline, the concerns of the employees speak to larger issues within the company.

“User research is often an afterthought at Thalmic,” the letter reads, citing a test room being used for overflow storage. “We are not acting as one community, because we have no common leader. As a result, feedback is scattered across various locations and does not seem as impactful as it should be.”

Employees also thought the functionality of the glasses was limited to a tech-savvy male audience. The sizing of the glasses detrimentally impacted women and disabled people’s ability to use them. The lengthening effects of just mascara (forget extensions or false lashes) made the display difficult for women to see, and a lack of size options excluded needs of disabled customers.

“Due to our ambitious release timeline, and numerous last-minute changes to the experience, there is a high number of features or capabilities that aren’t tested internally before being implemented.”

When it rains it pours — Just a month after launch, North was forced to slash the price of Focals glasses nearly in half from $999 to $599, offering refunds to early buyers. A week later, the company laid off 150 employees of their “over 400” strong workforce, a move that cost them a $24 million investment from the Canadian government.

On the design front, North managed to create AR glasses that weren’t as obviously creepy and unattractive as Google Glass, but with a more understated style than Snap spectacles. Unfortunately, they can’t seem to deliver when it comes to substance.