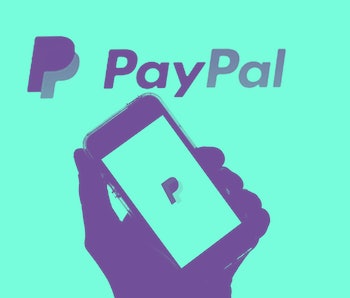 PayPal may soon become a competitor to Robinhood, the free stock trading app that has seen a surge in usage during the pandemic.

The online payments giant recently began allowing users to buy and sell cryptocurrencies, like Robinhood, and also wants to compete with the likes of Affirm by allowing customers to purchase items online using installment financing.

Trading apps — CNBC was first to report on PayPal’s interest in stock trading, and confirmed that it recently hired the founder of an earlier investing platform to head up a new division called Invest at PayPal. PayPal would not, however, confirm whether that division is exploring stock trading.

Robinhood went public back in July and is now valued at nearly $40 billion. In its first earnings report, the company said its revenue for the second quarter of 2021 was $565 million, up 131 percent from a year prior. The company has faced controversy for its casino-like app interface and allowing inexperienced people to conduct complex trades they might not fully understand. It’s also been criticized for the way it is able to offer free trading — essentially a third-party firm executes trades on behalf of Robinhood users, and that firm can match buyers and sellers in a way that its able to profit off the difference. Regulators at the Securities and Exchange Commission are evaluating this as a conflict of interest as Robinhood may not be giving users the best price.

Despite concerns, supporters of Robinhood say the company’s simple to use app has encouraged more Americans to get involved in the stock market, which has traditionally seen the lion’s share of profits go to wealthy, “sophisticated” investors. The unexpected rise of stocks like GameStop and AMC has been seen as everyday people collectively making a statement that they’re not going to tolerate the status quo any longer.

Falling behind — PayPal was once the biggest online payments provider around, thanks to its integration with another early internet giant, eBay. But in recent years its dominance has been chipped away at by entrants like Robinhood and also Square’s Cash App, which similarly to PayPal functions as a person-to-person payment service but began offering cryptocurrency trading earlier on.

PayPal wants to regain the throne by catching up with the hip upstarts to become something of a one-stop shop for all types of digital transactions.