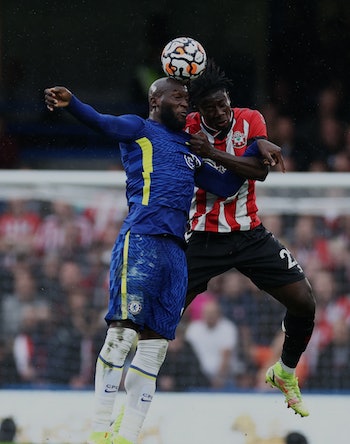 Heading may be an elemental part of soccer, but it’s actually quite dangerous.

The United States Soccer Federation has paved the way in seeking to reduce concussions caused by the practice, and in 2017 it made the controversial decision to ban heading entirely for players 11 years and younger. Three years later, England, Scotland, and Northern Ireland — where the sport is much more popular — adopted similar restrictions.

According to a 2019 study on degenerative brain diseases from the University of Glasgow, former professional soccer players are approximately 3.5 times more likely to die of dementia and five times more likely to die of Parkinson’s. And while soccer may not seem as great of a risk for head injuries as contact sports such as football or hockey, a 2012 study published to the World Neurosurgery journal found that concussions account for up to 22 percent of all injuries within the sport.

Debate over heading bans doesn’t harangue over their efficacy in preventing head injuries. Instead, some are concerned that youth players will fail to properly develop a skill that’ll ultimately prove vital if they continue to play soccer as they get older. Virtual reality, however, may provide a way to practice heading without any of the associated risk.

Player 22 is available for just $15 on Oculus Quest and includes drills not only for soccer, but also basketball, soccer, and tennis. Rezill also works with professional clubs including Manchester United, Liverpool, and Paris Saint Germain that utilize more sophisticated (and expensive) equipment to supplement their traditional training and ease injured players back onto the pitch. For the lower level player, Player 22 is an accessible means for simulated training at home or with coaches who implement the technology.

“We’ve learned a lot about technique and how to actually make the system feel realistic.”

“The players are still going to get a real learned effect, a real skill transfer,” Rezill founder Andy Etches told Input in an interview. “That comes from four years of working with elite teams in the U.K. and U.S., and we’ve learned a lot about technique and how to actually make the system feel realistic.”

Player 21, the first iteration of the app, offered a finishing drill for free with an additional “Color Combos” DLC available for $15. In the DLC, balls are tossed out of a “machine” with a designated color corresponding to the part of your foot you must kick it with. This year’s Player update brings header training to the app for the first time, with several drills focused on improving accuracy, power, and proper technique.

I came into the experience as an absolutely abysmal soccer player, one as useless with my feet as I would be with a paint brush in my mouth. I was skeptical of Player 22 being able to improve my heading skills, but having never even tried to redirect a soccer ball with my head, there was nowhere to go but up.

Within minutes of strapping the Oculus Quest onto my head and having virtual balls hurled in my direction, I was hooked. The drills are remarkably, and perhaps even surprisingly, fun. I had little control over where the first few balls wound up, but within minutes I had figured out how to head them into the virtual goal in front of me. Once I had successfully headed enough balls into the net to proceed to the second drill, I was instructed to hold my arms up near my head at a 90-degree angle and use my entire upper body for leverage against the ball. Power behind the ball still eludes me, but I’ve been able to accurately head the ball into one of three target rings in front of me.

In order to entice soccer players into using the app, Player 22 has gamified the experience with a scoring system and a delightful ping each time you direct the ball where you’ve been instructed. Users can also unlock officially licensed Adidas boots for their avatars to wear, and Etches says the company is working on additional partnership deals to allow users to further express their style.

Player 22 is still relatively new on the market, having just released in early August, but preliminary data has shown users seeing an increase in accuracy by 20 percent on average. Women’s professional teams are already using the drills for supplementary training, as well as the lower rungs of Rezill’s Premier League partners.

“The updated guidelines are designed to help coaches remove repetitive and unnecessary heading from youth football in the earliest years, with a phased introduction at an age group considered most appropriate by our medical experts,” Ian Maxwell, Scottish FA chief, said in a statement upon the introduction of the rules in 2020. “It is important to reassure that heading is rare in youth football matches, but we are clear that the guidelines should mitigate any potential risks.”

Thanks to Player 22, instances of direct contact from head to ball could be reduced to a bare minimum without sacrificing skill.

In 2017, The Ringer published a feature story on the United States own heading ban in which Taylor Twellman, a former striker for the U.S. Men’s National Team who had to retire because of concussions, said, “I think if [soccer] was invented today, heading would be outlawed until pretty much the professional level.”

The reality is that soccer is a sport with written rules dating back 150 years and within which heading is a vital component. Even with restrictions, we’re unlikely to see the practice disappear from the youth level or otherwise. Young players will inevitably see a ball fly toward their head in a competitive setting, and they’ll need to know what to do. But thanks to Player 22, instances of direct contact from head to ball could be reduced to a bare minimum without sacrificing skill. After all, there’s no limit on how many times a player can head a simulated ball.