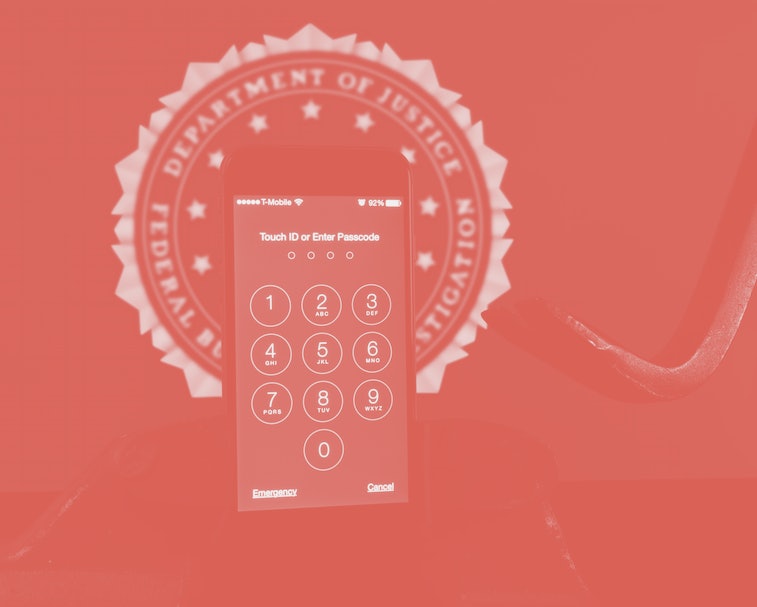 Generally speaking, the Fourth Amendment's protection against unlawful search and seizure means police need a warrant from a judge in order to unlock your phone. It's a private space, just like the inside of your home. But a recent case raised an interesting new question: what if police just want to look at the lock screen? The lock screen is what anyone can see before your phone is "unlocked," so does viewing it count as an unlawful search? A judge has basically ruled that, yes, the act of turning on your phone to see the lock screen should require a warrant.

What's fair game is not always obvious — Smartphones have long been the subject of thorny debates in law enforcement regarding what authorities can or cannot see without a warrant. Courts have previously ruled that suspects cannot be compelled into sharing their unlock PIN without a warrant because that would constitute self-incrimination, but authorities can use a fingerprint or face scan to unlock your phone. In the latter case, courts have decided that collecting your fingerprint or facial scan are equivalent to taking a blood sample; maybe police want to identify the owner of a phone found at a crime scene, for instance.

This new ruling on lock screens stems from a case in which a man was arrested by the FBI on charges of robbery and assault. Arresting officers pressed the power button on his phone to bring up the phone's lock screen, and the FBI later did the same thing to take a screenshot of the lock screen. The judge ruled that the act of powering on the phone was an intrusion into the suspect's constitutionally protected space, akin to searching a home, no matter whether you consider the lock screen to be private or not. It's like walking into your backyard to look for evidence.

The case for strong protections — This ruling is another win for everyday citizens as governments continue to work towards greater access to our digital devices. The U.S. Department of Justice has for years fought with tech companies over increasingly tough encryption on smartphones and other devices, saying that unbreakable encryption frustrates lawful investigations by making it easy for tech-savvy criminals to cover their tracks. This despite the fact that the FBI regularly finds new ways to break the encryption on smartphones.

It's important to push back against these intrusions and not create a slippery slope where law enforcement can easily rifle through your private spaces on even the thinnest base of evidence. Private spaces are protected because they're supposed to be places where we can think and conversely freely on sensitive topics without fear of consequence. And smartphones have largely replaced the home as the defacto place where we hold such discussions. Unfettered access to our devices threatens to chill such freedoms.

And honestly, if law enforcement needs to look at your lock screen to build a case against you, they're not very good at their jobs.