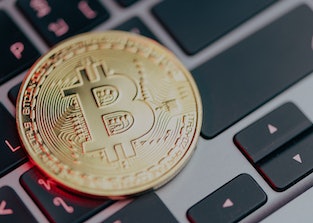 The approximate value of a seized Bitcoin wallet that German authorities have been unable to unlock.

Two years after sending a man to prison for covertly installing mining software on other people's computers, German authorities have yet been unable to access his illicit winnings. They seized the actual drive on which the wallet is hosted, containing 1,700 bitcoins worth roughly $64.7 million, but the convicted criminal has repeatedly refused to hand over the cryptographic key needed to unlock it.

Impossible task — A Bitcoin private key is a 256-bit number, and trying to guess one correctly through brute force is considered an almost impossible feat. Unsurprisingly, German authorities say they've tried to crack open the wallet numerous times to no avail. And prosecutors aren't confident the hacker will ever give it up. “We asked him but he didn’t say,” prosecutor Sebastian Murer told Reuters. “Perhaps he doesn’t know.”

The situation highlights not a flaw but a feature of cryptocurrencies: money isn't centrally controlled, and therefore authorities cannot compel a bank to simply hand over a person's money. It gets a little bit more complicated if one stores their crypto with a digital wallet provider like Coinbase, as that company holds the private keys for a person's wallet and therefore can be compelled by law to unlock it. But if cryptocurrency is stored on a private medium, like a flash drive, the key can be hidden away, perhaps on a piece of paper buried underground, and nothing can be done to access it without knowledge of the key.

Centralization — There are legitimate reasons why a person might want to keep their money decentralized; perhaps they live under an authoritarian regime that doesn't respect rule of law. But on the flip side, the lack of centralization means there's no authority to help if one loses their private key, as the New York Times highlighted in a recent story about people who are technically bitcoin millionaires but long ago misplaced their keys and can't access the money. Cryptocurrencies also are not FDIC insured, meaning someone could break into your wallet and steal money and you're not getting it back. So centralization does have its benefits.

It's estimated that roughly 20 percent of the 18.5 million bitcoins in existence are stuck in lost or inaccessible wallets, according to recent research.

For their part, prosecutors in Germany say they have ensured the convicted man cannot access the bitcoin trove, presumably because they have the storage device that it's sitting on. So even if the government can't get it, the hacker can't either.