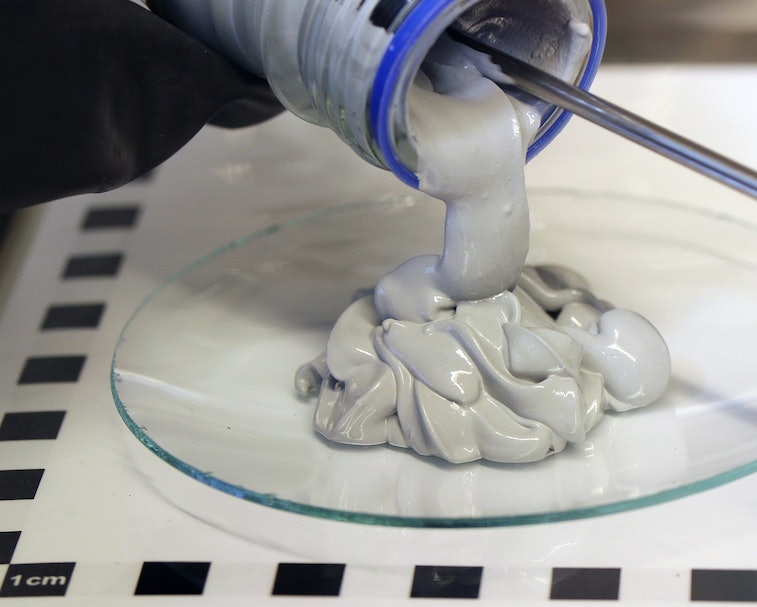 A team of researchers at Germany's Fraunhofer Institute for Manufacturing Technologies and Advanced Materials has presented a new and safer alternative to traditional hydrogen storage, which could eventually change how electric scooters and other vehicles are powered. The team calls its creation "Powerpaste," and it's a means of storing hydrogen that's easy to transport, safe, and easy to use.

The background — Hydrogen can be dangerous — just ask the makers of the Hindenberg airship. As experts note, there are risks of getting burned by it or, if the material isn’t stored safely, there are chances of explosions. Normally, hydrogen is stored in the form of gas or liquid, either by adhering it to solids, enclosing it with them, or mixing it with water or alcohol... but each method has its challenges.

With the Fraunhofer Institute’s method, hydrogen gets stored in a chemical state that is safe for moving around. As the researchers point out, hydrogen-powered vehicles are already running in Germany. But cars aren't Powerpaste's first target. Instead, the researchers believe it'll be especially useful for powering electric scooters, something that's been "impractical" until now due to their diminutive proportions and limited range.

Powerpaste can easily be transported, making it more suitable for modes of transportation that require frequent refilling from an extensive network of refilling stations. Primarily made up of magnesium (an abundantly available element), this new kind of propulsion system is also less burdensome on the climate than fossil fuels.

Resilient and stable — The researchers also claim that Powerpaste is able to withstand harsh weather conditions, which can't be said for conventional hydrogen storage. Powerpaste begins to decompose at 250°C, so electric scooter users won't have to worry about their ride exploding after standing in the sun on a hot day. Refills are convenient, too — riders will simply have to swap out a cartridge and be good to go again immediately.

What's next? — Electric scooters aren't the only thing on Fraunhofer Institute's agenda. According to the team, they are looking at expanding their hydrogen storage abilities to cars, e-bikes, mopeds, and even drones. They say that Powerpaste could help these drones fly for several hours instead of a few minutes. They even want to help campers take advantage of the substance's high-energy storage density, which could make cooking and heating water while hiking much easier.