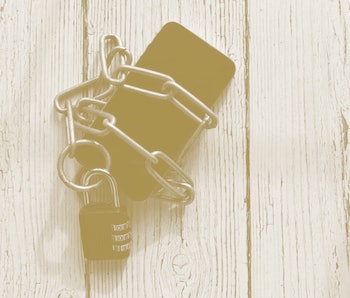 Signal, the free end-to-end encrypted messaging app, is threatening to cease operating in the U.S. if the country’s latest anti-encryption bill passes. The company published a blog post on Wednesday speaking to its concerns over the EARN IT act, which proposes meaningful changes to a company’s legal liability from its customers.

The EARN IT (Eliminating Abusive and Rampant Neglect of Interactive Technologies) act seeks to significantly alter Section 230 of the Communications Decency Act. Section 230 has been called “the most important law protecting internet speech” by the Electronic Frontier Foundation.

An addendum to FOSTA — EARN IT is a direct descendant of the Allow States and Victims to Fight Online Sex Trafficking Act (FOSTA), which President Trump signed into law in 2018. FOSTA already weakened protections for online speech by making an exception to Section 230 related to sex work.

That one of tech’s biggest proponents of end-to-end encryption, Signal, has made a passionate plea against EARN IT is understandable. If ratified, the act would place an unprecedented amount of culpability upon the platform for its users’ behavior. Signal’s post encourages U.S. citizens to speak out against the bill and warns of drastic consequences for the internet world if it passes.

Wait, what is EARN IT? — As Signal explains in its post, the EARN IT act proposes radical changes to Section 230 of the Communications Decency Act.

Section 230 essentially protects tech companies from the behavior of those who use their platforms. If someone posts explicitly illegal content on a website, Section 230 is what keeps those running the website immune from legal ramifications. The article contains exceptions for copyright law and sex work-related material. Section 230 also covers things like the comments sections on a news outlet’s website.

EARN IT would turn Section 230 on its head. The act seeks to change Section 230 so that the basic immunity it entails would need to be earned, rather than simply granted. Earning immunity would be subject to a set of “best practices” designed by a committee. Under the EARN IT act, companies would be liable for every action and statement made on their platforms until they're granted immunity.

But is it as bad as it seems? — That depends who you ask, but the majority of tech experts agree that the passing of the EARN IT act would deal a devastating blow to digital companies and the internet as we know it.

Social networks would be most affected by the act’s passing. Imagine, for example, if Facebook and Twitter were held culpable for every single statement posted by their users. To protect themselves, websites would need to be much more aggressive in moderating their platforms. Even a small blog could face legal ramifications for something posted in its comments section. EARN IT would undoubtedly limit speech on these and other sites. While we'd like to see social networks take greater responsibility for the content they carry, it shouldn't come at the cost of private messaging.

EARN IT would also threaten end-to-end encryption. Though the proposed bill does not specifically mention encryption, many experts theorize that companies will be forced to stop allowing their customers to use it. Because companies would be liable for everything said on their platforms, EARN IT could give the federal government the legal right to peer into any and every conversation.

Privacy is valuable — This is Signal’s main concern. The company’s entire operations are founded upon the ability of its users to send and receive messages that no one else could possibly read, not even it. Other platforms that rely on end-to-end encryption would face similar issues. WhatsApp head Will Cathcart has been vocal about opposing the bill as a result.

Like FOSTA before it, EARN IT is unlikely to actually cut down on illegal activity on the internet. Instead, it will open companies to massive legal fees and diminish free speech. Signal is right to worry about its future under the act. Most of the internet should be, too.