Record number of patents were approved in the U.S. last year 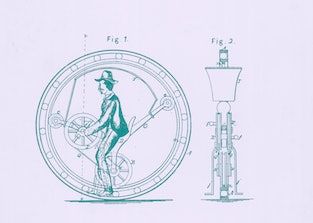 Last year, more patents were approved in the U.S. than ever before — 333,530 to be precise, marking a 15 percent jump from the year prior. That data comes courtesy of a report by IFI Claims, a company that tracks patent activity in the U.S.

Patents incentivize companies to develop new products because they will have some assurance that they alone can bear the fruits of their research investment.

In its report, IFI Claims finds that a lot of research activity is happening in areas like quantum computing, flying vehicle tech, 3-D printing, and more — a good sign that contradicts ideas that innovation in tech is dead.

The most innovative company is… IBM? — If we consider total patents filed as a measure of innovation, IBM is killing it. You wouldn’t expect that considering that the IBM of 2020 is a boring, staid enterprise technology company, but Big Blue was granted a whopping 9,262 patents in 2019. In its defense, IBM gets much of its business from designing bespoke technological “solutions” for corporate partners, and uses its portfolio of patented research to defend those — it doesn't sue other companies, generally.

Second on the list was Samsung Electronics, which was granted 6,469 patents in 2019. Of the big Silicon Valley tech giants, Apple was awarded the most patents at 2,490. Interestingly, the carmaker Kia filed many more patents than in previous years, demonstrating the great upheaval happening in automotives.

The purpose of patents — Of course, the patent system can and is sometimes abused, as is the case with “patent trolls,” or companies that gain approval for overly broad patents with the sole intent of suing others to make money rather than actually sell products. But they serve a purpose. If anyone could steal anyone else’s ideas, there’d be much less incentive to invest resources into the flying taxis and other innovations we’re eagerly awaiting. And all patents expire eventually.